Hugh Jackman is preparing for 'The Wolverine' by consuming 6,000 calories a day, as director Darren Aronofsky wants him to look ''short and thick''. 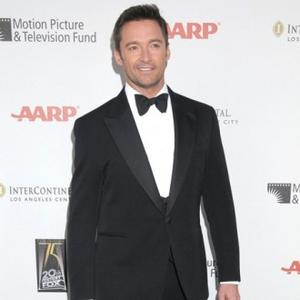 Hugh Jackman is eating 6,000 calories a day to prepare for Darren Aronofsky's 'The Wolverine'.

The Australian actor has played the 'X-Men' character four times in previous movies, and he reveals the Oscar-nominated director wants him to put on more bulk than he did in the last film 'X Men Origins: Wolverine'.

"Darren said with the last one, 'Hey, you looked great, but you're so tall that in those long shots you looked kind of like Clint Eastwood, and that's not Wolverine.'

He said that Wolverine, in the comics, is powerful, stocky. He's short and thick. So he said, 'I want you to go there, get bigger.' "

Darren is well known for asking a lot of the actors in his films - his latest movie 'Black Swan' saw star Natalie Portman at her thinnest to portray psychologically-troubled ballet dancer Nina.

'The Wolverine' - written by Christopher McQuarrie (The Tourist) - is expected for release in 2012.