Hugh Jackman's Wife Bans Him From Acting Alongside Angelina Jolie

Hugh Jackman is apparently “not allowed” to act alongside Angelina Jolie – according to his wife Deborra-Lee Furness! They may have one of the most stable marriages in showbiz, but it would seem that there’s one woman she won’t let Jackman share an on-screen kiss with.

The 59 year old actress and her husband were speaking to the ‘Today Show’ in her native Australia on Monday when she said to presenter Lisa Wilkinson. “I've told his agent he's not allowed to work with Angelina, I'm sure she's lovely," Furness says, then adds, "I'm just kidding.” 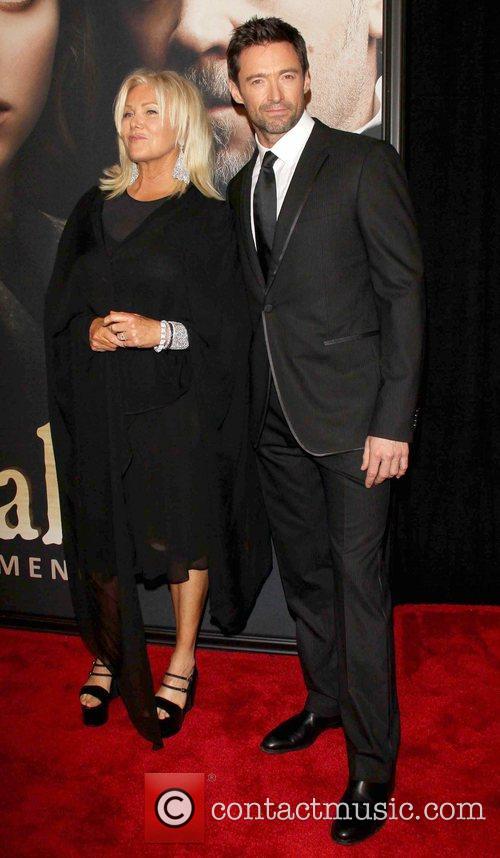 They were making the TV appearance in order spread awareness for the organisation Adopt Change, which tries to get Australians to engage with issues surrounding adoption. Furness added that Jolie's own adoptions have done wonders to raise the subject's profile, saying "I love what she's doing - shining a light on awareness for adoption."

More: Hugh Jackman launching his own range of sunscreen for kids

The couple have been together for 19 years since meeting on the set of Australian drama ‘Corelli’, and have two adopted children, Oscar (14) and Ava (9). They credit their long-lasting marriage to their commitment to raising their family and, apparently, an agreement they made that they would never spend more than a fortnight apart from each other despite their busy schedules.

“Deb had a rule, never apart for more than two weeks,” 49 year old Jackman explained, adding that he learned early on in their relationship to just say “yes” to everything she asked.

Despite Jackman’s absences, they’ve remained solid for nearly two decades. “It just goes to show, if you get it right, if you pick the right partner, then you traverse all those travails and challenges,” Furness said. “He tells really good jokes, I mean I miss him,” she says about how she feels when he’s away.

More: Hugh Jackman confirms that ‘Wolverine III’ will be the last time he plays the ‘X-Men’ superhero