Hugh Jackman Back On Broadway

Hugh Jackman will return to Broadway to star in a one-man show entitled 'Hugh Jackman, Back on Broadway' in October. 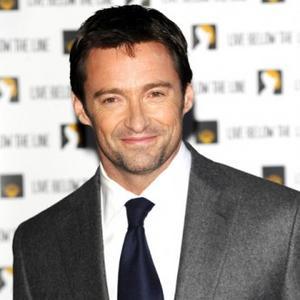 Hugh Jackman is set to return to Broadway for a one-man show.

The 'Real Steel' actor will sing songs from musicals backed up by an 18-piece orchestra when he stars in 'Hugh Jackman, Back on Broadway' from October 25 to December 20 at the Broadhurst Theater - and the Australian performer said he "can't wait" to return to the place he calls his home.

He explained in a statement: "I can't believe it's been seven years since I was singing and dancing on Broadway.

"There is nothing like performing on the Great White Way and I'm so excited to be coming 'home'."

The 42-year-old singer - who last performed on Broadway in 2009 when he starred in a non-musical role alongside 'Casino Royale' actor Daniel Craig in Keith Huff's police thriller 'A Steady Rain' at the Schoenfeld Theatre - has previously taken his show to San Francisco and Toronto.

He won an Outstanding Actor in a Musical accolade at the Tony Awards in 2004 for his Broadway performance of 'The Boy From Oz'.