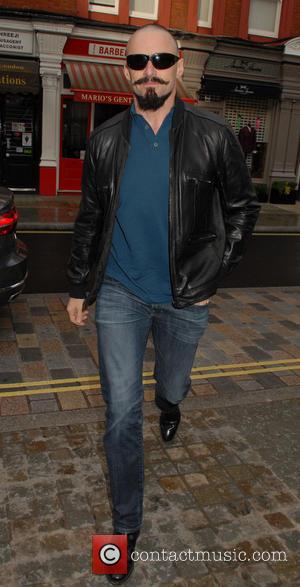 Jackman shared a Twitter.com photo of himself and his wife Deborra-Lee Furness at the London venue and later congratulated Djokovic on his seventh Grand Slam title, writing, "One of the greatest matches of all time @Wimbledon. Well done @rogerfederer. Superb win and huge congratulations @DjokerNole."

He also uploaded a photo of Djokovic hugging his mentor, former tennis icon Boris Becker, after the match and added, "Epic moment for djokernole, Becker and their entire team. What a day @Wimbledon. One I will never forget."

Other stars watching the game on Tv also shared their thoughts online, with British comedian Stephen Fry writing, "How magnificently graceful both players were in defeat and victory. Hurrah for that", and actor John Leguizamo tweeting, "Sorry #federer u (sic) gave it your all my friend! Great game!"

Meanwhile, One Direction singer Liam Payne added, "Congratulations @DjokerNole heard it was a great game can't wait to watch it back have a drunk (drink) on me".

Actresses Kate Walsh and Brooklyn Decker, singer Eliza Doolittle and Bridesmaids star Chris O'Dowd were also among the celebrities tweeting about the championship finals on Sunday.