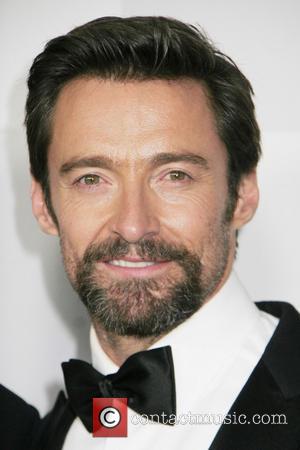 Well he'll be glad he didn't considering it got him his first Golden Globe, but backstage at the ceremony, Hugh Jackman revealed he nearly quit his role as Jean Valjean in Les Miserables, according to Etonline.com.

"Honestly, there was a moment where I was considering pulling out [of the film]," he explained backstage at the Globes. "...I'd just had a bad day at rehearsals and all I kept hearing was all the other great people that played the role, and I said, 'I'm going to do 'em a favor; I'm going to pull out now; someone else should take it.'" To his rescue, though, came his wife, who talked him out of being such a baby, and getting back to work. "[My wife] took me off that ledge, and she was right," Jackman dramatized. "Thank you, baby. Thank you for always being right. I'll never doubt you again," he added, also winning the award for the soppiest fella there. "I sort of weirdly knew that going in, whether I was good at it or not," he said. "As a role, 'Jean Valjean' is like a 'Hamlet.' So, it's probably why I was so terrified."

Les Miserables was named best musical or comedy at the 2013 Golden Globes, while Jackman and Anne Hathaway claimed acting prizes. The film's success could boost its chances at the Academy Awards come February, although it'll have to beat out strong favourite Lincoln.