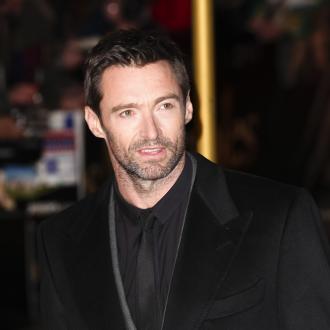 Hugh Jackman used to buy lottery tickets for everyone on the 'Les Miserables' set.

Eddie Redmayne found his Australian co-star inspiring to work with because he kept everyone's spirits up with fun gifts while shooting Tom Hooper's gruelling big screen musical adaptation of the Victor Hugo classic.

He said: ''Hugh was the leader. He would keep all our spirits up and every Friday he would buy all the cast and crew a lottery ticket because by that time we were

on our knees. His capacity for generosity of spirit was extraordinary.''

Eddie admits he enjoyed watching how A-list stars Hugh, Russell Crowe and Anne Hathaway tackled their roles and found it helped ground his own ''confusion'' about his career and sudden rise to fame.

He told Radio Times magazine: ''There was something both grounding and surreal about watching Gladiator, Wolverine and Catwoman doing vocal exercises. Learning from other actors is not just about work, it's also about how to be...

''It's such a confusing world, acting. You go from being nobody to being given far too much attention. It's a constant oscillation which is hard to get your head around, so I watch and learn from people. I think deal with it well.''