Hugh Jackman admits he was a ''very fearful kid'' but overcame his dislike of heights by jumping off a diving board every day at school for a month. 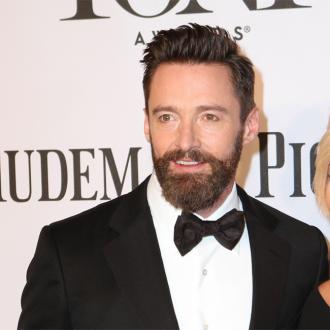 The 'Pan' star admits he was always nervous as a young boy growing up but made himself overcome his fear of heights by jumping off a dive board every day for a month.

''So I made myself jump off the diving board at my school every day for a month, off the really high board, every day to get over my fears.''

Whilst the 46-year-old actor has worked hard to overcome his fears, he insists he has no problems in taking risks.

Speaking on Live! with Kelly and Michael, he added: ''I do take chances. I just hate having that feeling that fear has beaten me; I hate that feeling.''

Meanwhile, Hugh previously admitted he was left ''powerless'' when his mother abandoned him a t a young age and admits it ''limited'' him as he grew up.

He said: ''From the moment mom left, I was a fearful kid who felt powerless. I was the youngest. I used to be the first one home and I was frightened to go inside. I couldn't go into the house on my own. I'd wait outside, scared, frustrated ...

''It limited me. I hated it, and that contributed to my anger. Isn't most anger fear-based, ultimately? It emanates from some kind of powerlessness. I was really feeling that.''