If you liked Jerusalem, The River might be right up your alley.

Say what you will about Hugh Jackman, but the man knows how to make an impression. The reviews for his latest Broadway stint, The River, are yet to make mainstream news after the play’s November 16th opening. But Jackman is receiving some very favourable reviews of his own, as all his co-stars, collaborators et all. Claim that the Aussie actor is a dream to work with. A sweetheart, a teddy bear, you name it. 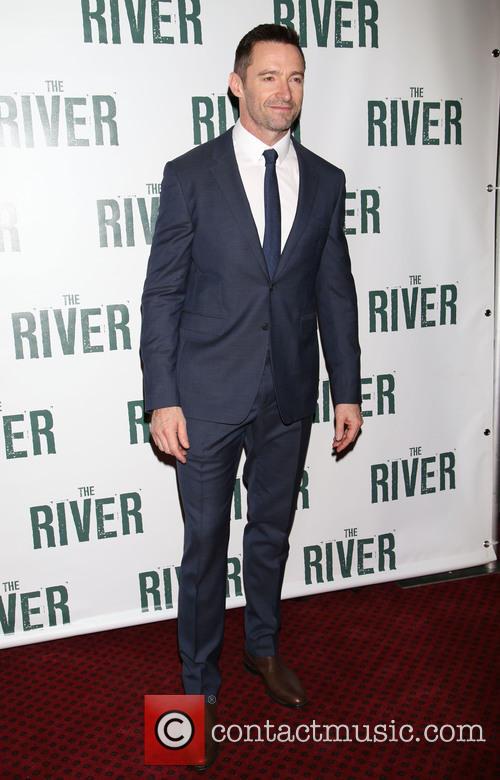 Jackman charms the pants off co-stars and critics alike.

"I was waiting to see the cracks," joked his costar Laura Donnelly  in an interview with the Boston Herald. "But it really is true!"

The River is a very different experience from Jackman’s previous Broadway work. Compared to elaborate productions with flashy sets and numerous costume changes, the play’s 85 minutes on a single set with no costume changes whatsoever seems like a breeze for Jackman. The challenge, he said, lies elsewhere.

More: Why the Hugh Jackman and Jake Gyllenhaal Thriller Prisoners Is This Year's Must-See

"My character, and the whole play, is about trying to surrender to the moment and be present, and that's really hard. Sometimes it's easier to sing and dance and sweat."

As for The River, so far it’s getting rave reviews. The critics are just as in love with Jackman as the rest of us. Per Ben Brantley’s review for NY Times: “[A]ny pangs of emptiness are counterbalanced by the intriguing heft of Mr. Jackman's strangely radiant opacity.”

David Cote from Time Out NY agrees: “The River may lack the Rabelaisian exuberance of Jerusalem but offers more intimacy and outright strangeness. Those attending simply to ogle Jackman (buff and charismatic as always) get an extra treat, if they can appreciate it: a movie star facing an acting challenge in an exceptional piece of stage writing.”