Hugh Hefner is said to be ready to sell the iconic mansion, but will continue to live on the estate.

The Playboy Mansion is reportedly set to go up for sale, with a $200 million asking price. According to TMZ, the mansion will go up for sale within the next month, but experts are saying that the hefty asking price is unrealistic and the real sales figure is likely to be less than half that amount. 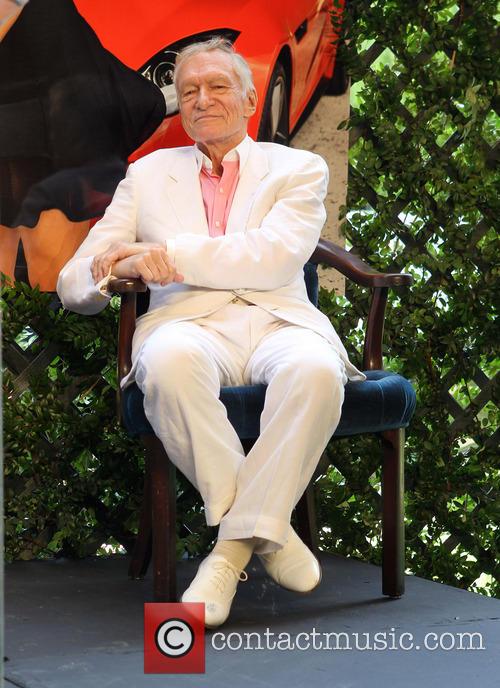 Hugh Hefner is said to be putting the Playboy Mansion up for sale.

TMZ reports that Playboy Enterprises, the company which owns the estate, are looking for somewhere north of $200 million. But real estate sources with knowledge of the area have told the website that the owners are ‘dreaming’ when it comes to the asking price.

More: Playboy Will Stop Publishing Nude Photos As Of 2016

They say that in reality the house is a ‘tear down’ and the real value is in the acreage. A comparable lot sold recently in the area for $60 million, but due to the Playboy Mansion’s history it could go for anywhere between $80 million and $90 million, the sources said.

The sale of the mansion also comes with many conditions for the buyer, including giving Hugh Hefner a life estate. Whoever buys the mansion will reportedly be required to allow Hefner to continue to live at the home for the rest of his life. Prospective buyers are also said to be allowed to tour the property, but Hefner’s bedroom is off-limits.

More: Hugh Hefner Responds To Claims Made By Holly Madison In Autobiography 'Down The Rabbit Hole’

The mansion, which is in the Holmby Hills area of Los Angeles was first built in 1927 and sits on six acres of land. It was purchased by Playboy in 1971 and was the backdrop of many infamous parties throughout Playboy’s heyday in the 70s and 80s. It was also the setting for E! Reality series ‘The Girls Next Door’ from 2005 to 2010.