Hugh Hefner is relieved Crystal Harris called off their wedding because he thinks he ''misjudged'' their relationship. 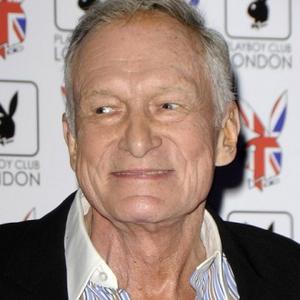 Hugh Hefner is relieved Crystal Harris called off their wedding.

The 85-year-old Playboy founder was shocked when his former girlfriend called off their wedding just days before they were due to tie the knot in June, but the media mogul is grateful she took action when she did as he thinks he "misjudged" their romance.

Hugh - who is now dating Crystal's best friend Anna Sophia Berglund and Shera Bechard - said: "I certainly cared for her, but it could not have played out any better because I obviously misjudged the relationship.

"I'm a romantic and romantics tend to do that. Thanks to Anna, I fell into a very nice back-up relationship and then with Shera."

Despite dating multiple women, Hugh - who has been married twice, to Mildred Williams and Kimberley Conrad - insists he has wanted to settle down for a number of years but the timing was never right and he thinks that is one of the reasons why he got engaged to Crystal.

He explained in an interview with Britain's OK! Magazine: "The simple truth is, for a guy who is known for being America's number one playboy, I've been trying to settle down for a few years but picking the wrong ladies.