Grant appeared on James Corden's 'The Late Late Show' on Thursday, and revealed details about how he suffered a nervous breakdown and couldn't stop crying for "three weeks".

British actor Hugh Grant has opened up about a dark period in his life when he “went mad” in 2007, apparently suffering a mental breakdown.

The 55 year old star was a guest on James Corden’s ‘The Late Late Show’ on Thursday (August 4th), and revealed that his disintegration happened around the time he holidayed in the Maldives. While out there, Grant said he had “about 30 massages a day” because of extreme boredom. “I went mad in 2007. I got massaged into madness!”

But it was only while he was travelling home that he realised that something else was wrong, saying that he broke down into tears on the plane for no reason. 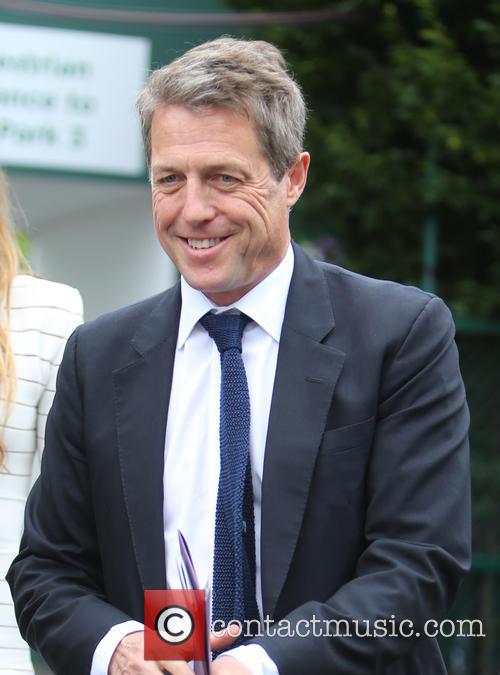 Hugh Grant at Wimbledon in June 2016

“I got on the plane to go home, open a newspaper reading the football results – and burst into tears,” he said, “and I couldn't stop crying for three weeks. It was completely absurd. I'd go to a cafe and they'd say, 'You want skimmed milk or regular?' and I'd burst into tears. So I went to see shrinks then.”

He sought help through hypnotherapy, he told Corden, but it did him no good, leaving him only as “tense as a toad”. Grant said self-effacingly: “I'm totally miserable and self-conscious but because I'm English and polite I can't say that so I go, 'Yes, I'm very relaxed’.”

They also spoke about how Grant is enjoying fatherhood. The actor went from having no children to fathering four kids in the space of four years, and joked that he “can’t stop” having children.

He and his ex, Tinglan Hong, have two children, a daughter named Tabitha and a son called Felix. However, he and current on/off girlfriend Anna Eberstein, a Swedish TV producer, also have two kids, a son named John Mungo and a daughter – Grant’s youngest child – whose name hasn’t been released to the public and who arrived in December 2015.

The media pounced on the fact that Felix was born three months after John Mungo, meaning both women were pregnant at the same time. At that point, Grant tweeted: “In answer to some journos. Am thrilled my daughter now has a brother. Adore them both to an uncool degree. They have a fab mum.”