British rom-com star Hugh Grant has been honoured with the British Film Institute Fellowship award for his achievements in the film industry for the last 30 years. It's the BFI's most prestigious honour, and won that recognises his success in movies like 'Bridget Jones's Diary' and 'Notting Hill'. 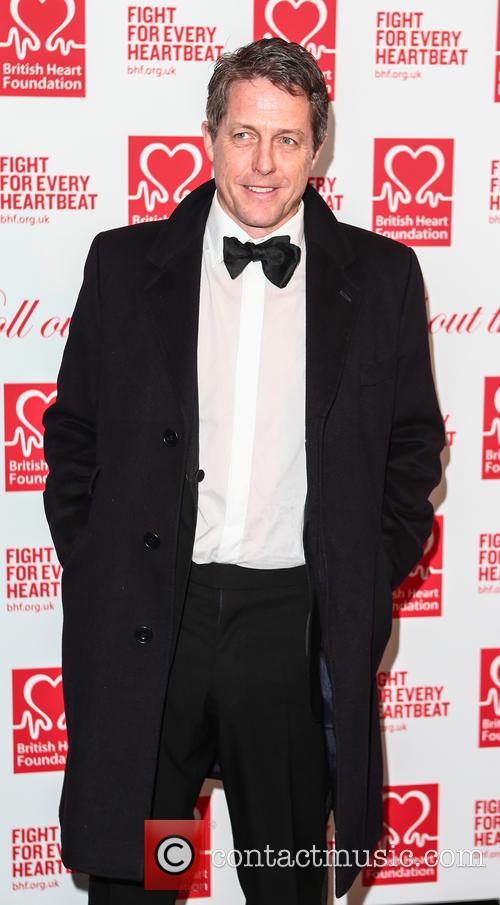 The actor took home the accolade yesterday evening (February 24th 2016) after being presented with it by the co-chairman of Working Title Eric Fellner who described him as an 'extraordinary British actor whose effortless performance and onscreen charm has endeared him to generations of audiences worldwide'.

Grant has appeared in numerous films over his career, many of which are romantic comedies like 'About a Boy', 'Love Actually' and 'Four Weddings and a Funeral', the latter of which won him both a Golden Globe and an Oscar in 1995. His first major role as Clive Durham in 1987's Academy Award nominated romance 'Maurice' won him a Best Actor prize at Venice Film Festival.

BFI chairman Greg Dyke praised Grant on his acting talents in a statement. 'With impeccable comic timing and huge doses of his unique, ironic self-deprecating and very British charm, Hugh always pulls off the hardest thing of all - a seemingly effortless performance. I can assure you it's not', he said. 'Hugh's acting talents are prodigious and his contribution to cinema enormous. He is a British icon and has been making literally billions of people all over the world laugh, cry - and fall in love with him of course - for over 30 years.'

As usual, Grant remained humble and coy about his honour. 'This is such a lovely surprise', he said. 'And a great honour and I'm very grateful to the BFI for thinking of me.' He will join the long list of previous winners that include the likes of Judi Dench, Ralph Fiennes, John Hurt, Elizabeth Taylor and Sir Michael Caine.

He most recently starred as Waverly in 'The Man from U.N.C.L.E.' and has been filming the upcoming biopic 'Florence Foster Jenkins' with Meryl Streep.