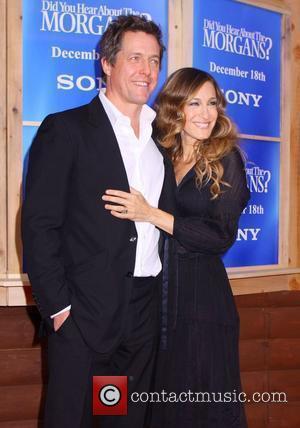 Picture: Hugh Grant and Sarah Jessica Parker NY premiere of 'Did You Hear About the Morgans?' at the Ziegfeld Theatre New York City, USA - 14.12.09

Hugh Grant refuses to hit the Broadway stage - because he's convinced fans don't want to see him in a play.
The Four Weddings & A Funeral star has always enjoyed theatrical pursuits but admits he hates sitting through dull plays featuring others.
He tells WENN, "I can't quite justify it in my head because I know what misery it is for the audience.
"I personally find going to theatre is enjoyable about one time in 20, and the other 19 you're just going, 'Oh, come on. Let's get to the end of it and have a drink.' I'm honest. I think there's a lot of piety about the theatre, really."