Quote: "When the final script was handed to me, we were filming at the castle, and I had one of the assistants film me while I was looking at the script because I turned straight to the last scene. I wanted to see what my reaction was gonna be. A) Was I still in it? and B) How did the show wrap up? So I turned to that final scene and I suppose I had a look on my face that said, 'That’s about right'." Downton Abbey star Hugh Bonneville is satisfied with how the six-season run of the hit period drama came to an end. The series finale will air on Christmas Day (25Dec15) in the U.K.

Quote: "I got a lump in my throat reading the final episode... I think that was also to do with realising it was the last time I was ever going to be reading one of these scripts and they have been such a pleasure to read." British actor Hugh Bonneville grew emotional reading his lines for the last episode of period drama DOWNTON ABBEY. The series is due to end later this year (15).

Fact: Downton Abbey star Hugh Bonneville has turned bad for hit new U.S. musical series Galavant - the Brit will play a pirate king in a new episode of the ABC show, which will air on Sunday (11Jan15).

Quote: "(It's) very heart-warming... You'll have a lump in your throat, but in a very nice way." Downton Abbey star Hugh Bonneville promises fans of the show they are in for a treat with its upcoming Christmas special.

Quote: "I suggested the storyline to (creator) Julian (Fellowes) about a year ago. I said, 'I know we're always fairly fudgy about time in our show, but even I can tell this dog who could have been three in series two is going to be getting on a bit now, and maybe there's something in that storyline?'" Downton Abbey star Hugh Bonneville admits it was his idea to axe his character Lord Grantham's beloved dog Isis on the most recent season of the hit drama.

Fact: Monty Python star Michael Palin is to become the latest famous face to play God in the comedy troupe's West End musical Spamalot. The guest appearances in the show are raising money for charity and other stars to take part include Downton Abbey actor Hugh Bonneville and Carry On star Barbara Windsor.

Quote: "I spent a lot of my career in the theatre, and I miss it. I'm really keen to do some more, and I've been talking to lots of producers about different possibilities. All those old cliches about missing the live sensation are true." Downton Abbey star Hugh Bonneville is eyeing a return to the stage.

Quote: "Hugh has been hanging out with Ronnie and they have been having a great time. They met doing charity work and Ronnie told Hugh how much they loved Downton. Apparently they were stopping rehearsals on Sunday nights in time to get back to watch it." Laura Carmichael was amazed to learn the Rolling Stones are huge fans of her period drama Downton Abbey after her co-star Hugh Bonneville struck up a friendship with drummer Ronnie Wood.

Quote: "It was rather strange - in a good way! To go to the White House is a once-in-a-lifetime opportunity... it was a really special day, and I felt very welcomed. At moments like that, you do think, 'My goodness me, this show... has been grasped to people's bosom in so many countries'. You do have to pinch yourself." Downton Abbey star Hugh Bonneville was overwhelmed to attend a gala at the White House earlier this year (12). 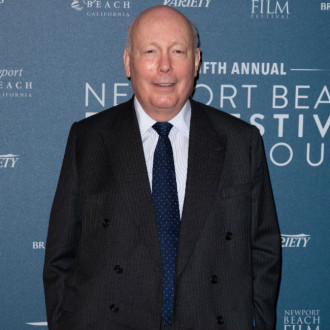