These actors have plenty in store this year.

It's been just over two months since 'Downton Abbey' ended for UK viewers, while the US still has the sixth and final series to complete. So what have all the main cast members been up to and where are we going to see them next? Some are sticking to the UK, but others are broadening their horizons. 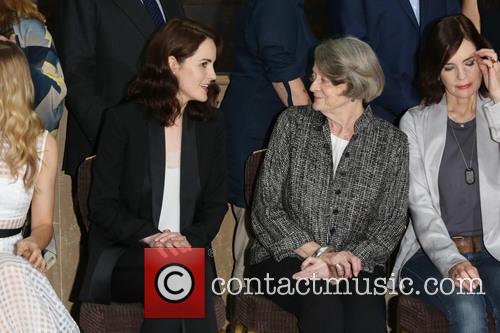 But what's Maggie Smith up to?

Many of the 'Downton Abbey' stars were already well-established in their own right, but for others the show has been a stepping stone to bigger things. Hugh Bonneville is of the former category, and he's looking pretty busy this year what with the new 'Hollow Crown' series coming up in which he stars as the Duke of Gloucester. He's also finished filming the UK/Indian drama 'Viceroy's House' with Michael Gambon and Gillian Anderson.

Meanwhile, Laura Carmichael will star in Amma Asante's third movie 'A United Kingdom' with Rosamund Pike, Tom Felton and David Oyelowo, about a Botswana prince who marries a white woman from London in the 40s; so it seems that much of the 'Downton' cast are sticking with period dramas at the moment.

However, Brendan Coyle has already completed work on Thea Sharrock romance 'Me Before You' - a film about the blossoming relationship between a quadroplegic young man and his inept carer - and the film adaptation of Carol Shields's novel 'Unless'. He has also been announced to appear in Irish historial drama 'The Rising: 1916' opposite Jonathan Rhys Meyers.

Michelle Dockery has less going on in her professional life, what with the tragedies of her personal life (the death of her fiance John Dineen, still no doubt affecting her. But nonetheless, she will appear alongside recent Oscar nominee Charlotte Rampling in 'The Sense of an Ending'.

Currently filming Percy Shelley/Mary Shelley romance 'A Storm in the Stars' in which she plays Mary Jane Clairmont, the mother of Claire Clairmont who was Lord Byron's lover and Mary Shelley's stepsister, is Joanne Froggatt. She will also play Mary Ann Cotton in the two-part serial killer drama 'Dark Angel'.

And as for Lily James, she is doing rather well for herself starring in 'Pride and Prejudice and Zombies' and the controversial series 'War & Peace'. She is filming 'The Kaiser's Last Kiss' with Jai Courtney at the moment as well as Edgar Wright's new crime thriller 'Baby Driver' with Kevin Spacey, Jon Hamm and Jamie Foxx.