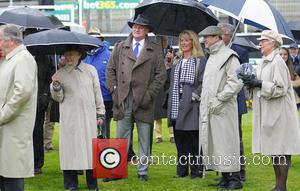 Hugh Bonneville has praised Colin Firth for showing "great dignity" when he backed out of his role in the new Paddington Bear film.

Firth was initially signed up to voice the role of the title character in Paddington, but he walked away from the project after it became clear his voice and delivery was not right for the beloved bear, created by author Michael Bond.

The Oscar winner was replaced by Skyfall star Ben Whishaw, and his Paddington co-star Bonneville has commended Firth for coming to a mutual agreement with the filmmakers about his exit in the "in the nicest way possible."

The Downton Abbey actor tells the Evening Standard newspaper, "He handled it with great dignity."

Paddington will hit cinemas this winter (14).