SPOILER ALERT: The incident happened near the end of Sunday night's episode.

There was absolutely no contest on Monday as to what the previous night’s ‘watercooler moment’ on TV had been, as the shocking end of the most recent episode of ‘Downton Abbey’ took most of us by surprise.

The normally genteel ITV programme, currently in the middle of its sixth and final season, temporarily turned into something resembling a scene from Alien as Lord Grantham’s stomach complaint, a plotline bubbling under the four episodes in the series thus far, erupted – quite literally – as his ulcer burst, causing him to projectile vomit blood over the dinner table and his dining companions.

Looking increasingly pale as the hour-long episode went on, Lord Grantham (played by Hugh Bonneville) stood up in the middle of dinner to interrupt an argument about a local hospital to declare he was feeling unwell, when the bloody scene unfolded. 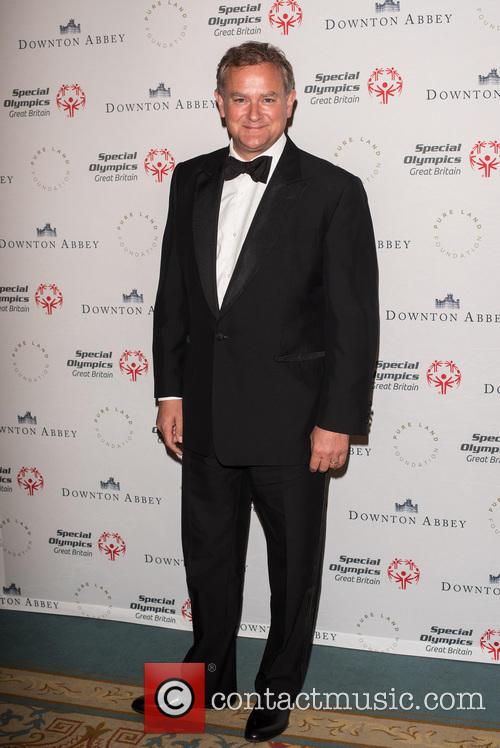 ITV had warned viewers at the start of the programme, and just before the third segment of the episode when it returned from an advertising break, that there would be “shocking and bloody” scenes. It’s unclear, at the time of writing, whether the broadcaster has received any complaints about the warning being insufficient.

Within moments, social media was abuzz with fans giving their stunned reactions. TV host Lorraine Kelly was just one them, writing “Crikey - wasn't expecting that - like john hurt in Alien. #DowntonAbbey”. Another viewer wrote: “Oh my goodness me......downton abbey last night.....was like a scene from the exorcist!!!!”

Some fans were much less happy with the graphic scene. “Tbh I'm still not over Lord Grantham projectile vomiting blood everywhere last night. I had nightmares,” one wrote.

Crikey - wasnt expecting that - like john hurt in Alien. #DowntonAbbey

Another upset user said: “What on earth have I just watched on Downton just glad I've already eaten. Flipping heck and I'm not that easily shocked. #DowntonAbbey”. Yet another distressed viewer added: “Truly didn't need the horror film scene there Lord Grantham #Downton”

Well, whatever the reaction, at least the episode actually got one. Many fans had been left somewhat indifferent to the comparative lack of incident in the sixth series thus far, which began in late September with a 90-minute special.