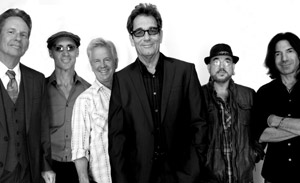 Huey Lewis and The News' 1983 'Sports' album spawned four Top 10 hit singles (and another that cracked the Top 20), iconic music videos, and sold almost 10 million copies.  To celebrate the blockbuster album's 30th anniversary, Lewis has personally overseen an expanded commemorative edition, to be released May 13th by UMG Digitally remastered for CD and standard and high definition digital audio, 'Sports (30th Anniversary Edition)' pairs each of the original album's nine songs with choice live versions on a second disc, many of which have never before been released.

The special edition includes an expanded booklet with photos and memorabilia from the band's archive and new liner notes by music journalist and author Gary Graff.

Says Huey, "We've always been very proud of the record and it's going to be a blast to play it all live!"

'Sports' is on the cusp of RIAA Diamond Award sales certification with U.S. sales approaching 10 million copies. Self-produced by the band, it reached No. 1 on the Billboard 200, and ranked No. 2 on Billboard's year-end sales chart for 1984, second only to Michael Jackson's 'Thriller.' Lewis created indelible music videos for each of the four Top 10 Billboard Hot 100 hits on 'Sports' - "If This Is It," the Gold-certified "I Want A New Drug," "Heart And Soul," and "The Heart Of Rock & Roll," which won the year's GRAMMY Award for Best Long-Form Music Video - as well as the Top 20 single, "Walking On A Thin Line."

'Sports' was also an international success, with Top 40 chart peaks in several countries, including the UK, Canada, Germany, Sweden, New Zealand, and Norway.

Huey Lewis and The News will perform a hit from 'Sports' on ABC's "Dancing with the Stars" on Tuesday, April 2 and "Jimmy Kimmel Live!" on Wednesday, May 15.  Additional TV appearances will be announced soon.

In May, the band will launch the "Sports 30th Anniversary Tour" across North America, performing the album in its entirety. The dates below have been confirmed, with more U.S. and international dates to be announced soon. 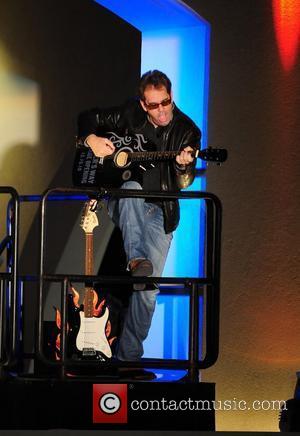