Irish Rocker Hozier Has Postponed His Wednesday Night (03jun15) Show In London Due To Illness. 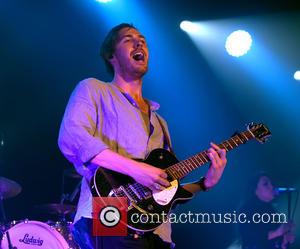 The Take Me To Church star was slated to perform at The Forum venue in the British capital, but he axed the concert just hours before he was due to take to the stage after coming down with a throat infection.

The show has been rescheduled to 30 June (15) and fans have been asked to hold on to their tickets.

In a series of posts on Twitter.com, Hozier writes, "I'm so sorry to say that tonight's show at @TheForumHQ has been rescheduled due to illness 'til 30th June. Apologies for any inconvenience... All existing tickets will be valid on the 30th of June.

"Hope you can make it then, again I'd like to apologies (sic) for the reschedule. Thank you."