Review of Hozier Album by Hozier

Andrew Hozier-Byrne has undoubtedly had a phenomenal twelve months. Two EPs, one album, numerous festivals and live dates, TV soundtracking, an appearance on Letterman (among many others) and a world wide hit single, 'Take Me To Church'. With a year like that you'd struggle to argue against his decision to drop out of university at Trinity College Dublin to pursue his musical career. 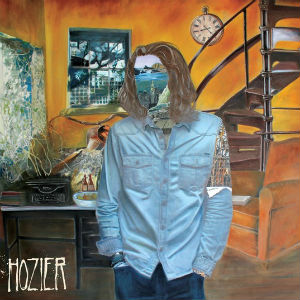 After rearing himself on an unconventional musical diet (for a 7 year old boy), of Nina Simone and Tom Waits, Hozier has honed his skills via an eight piece teen blues band, the Trinity College Orchestra and more recently, Anuna, an Irish choral group. Being stuck out in the relative musical wilderness of Bray, County Wicklow during his formative years may have made it difficult for someone aching to find new music to discover but the refuge of his parents record collection has reaped its just rewards.

It appears just as importantly to Hozier's musical development has been his coming of age. By his own admission he is no longer writing songs filled with teen angst but from the perspective of one who has experienced his first true love, and probably more importantly from an artistic stand point, been scarred by its ending.

Hozier's soulful songs are charged with passion, veering across the course of the thirteen album tracks between impassioned anguish, taking in dark, even sinister panoramas and go right through to up beat celebrations. 'Take Me To Church' heads up the bill but the album is about so much more than just one ludicrously infectious single.

'Angel Of Small Death & The Codeine Scene' follows TMTC, as it did on its original EP release, and immediately refocuses the listener with, ironically, a gospel infused tormented toe tapper replete with clapping in the isles. Hozier's darker palate is splashed sporadically elsewhere over the album. 'Work Song', previously released on the 'From Eden' EP, a solemn and sombre tale of approaching death and shuffling off this mortal coil crackles with a foreboding energy. 'Sedated' delves deeper still into his troubled psyche ("My veins are busy but my hearts in atrophy") whilst previously unreleased track, 'In A Week', takes us past death in a vocal duet, with Karen Cowley, akin to the work of The Decemberists.

Death does not pervade every corner of Hozier's debut album, however. 'From Eden' raises the tempo and lightens the mood as an homage to his love whilst 'Jackie And Wilson' goes all out Commitments style in celebration of love, relationships and raising a family with some wonderful lyrical couplets: "We'll steal a Lexus, be detectives, ride round picking up clues. We'll name our children Jackie and Wilson, raise 'em on Rhythm And Blues." 'Like Real People Do' is a gently floating folksy lullaby of love and 'It Will Come Back' creeps out of the Deep South with a slide guitar straight out of the swamp as Hozier wrestles with temptation. Hozier is anything but a one dimensional, one trick pony.

Hozier's self titled debut is more than just a very accomplished achievement. It's well produced,  deftly sequenced, well considered and, above all, full of great songs. The attention to detail in the song writing is meticulous. It's intelligent, articulate and artistic in equal measure temptingly begging the question, I wonder what's next?