Howard Stern Signs On For America's Got Talent 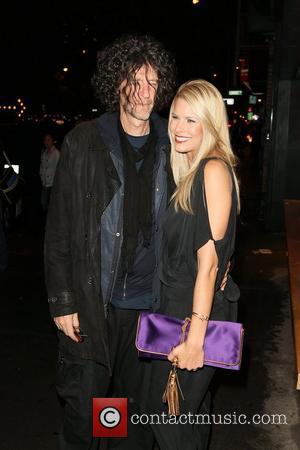 Singers, dancers and magicians take note: shock jock radio star Howard Stern has signed on to judge the seventh season of America's Got Talent. The fiery SiriusXM host will replace Piers Morgan on the show and take his place beside Sharon Osbourne and Howie Mandel.
According to the People magazine, Stern won't even need to make the cross-country trip to Los Angeles, as the show is moving its production to Howard's hometown of New York City. In a statement announcing the news, NBC's Paul Telegdy said, "Howard Stern's larger-than-life personality will bring a thrilling new dynamic to America's Got Talent starting this summer.He's a proven innovator and his track record in broadcasting is truly remarkable. Howard is very passionate about this show and is fully committed to its future success". The show has built on the monumental success of the American Idol brand and opens auditions up to anyone who deems themselves to possess a genuine talent. Earlier this year, Frank Sinatra-style crooner Landau Eugene Murphy Jr was named the winner of the sixth season of the show, with dance group Silhouettes in second place. Landau won the $1,000,000 first prize while also landing a headline slot at the Caesar's Palace Casino and Resort in Las Vegas. The show is currently holding auditions for the forthcoming seventh season with open calls in Austin, Charlotte and San Francisco.
Stern signed a new contract with Sirius in December 2010 to continue his show for five more years. In January 2006, he reportedly received shares in the company worth over $100 million after exceeding subscriber targets set two years previous.