Review of Welcome Oblivion Album by How To Destroy Angels

Since temporarily dissolving Nine Inch Nails following a series of emotional, high octane 'Wave Goodbye' shows in 2009, Trent Reznor has been something of a busy boy. 2010 saw the re-master and re-issue of NIN's debut opus Pretty Hate Machine, followed by a couple of award winning film soundtracks for David Fincher. In that time he also managed to get married and pop out a couple of kids while working on music with his wife Mariqueen Maandig, soundtrack partner in crime Atticus Ross and NIN's art director Rob Sheridan. This collective are known as How To Destroy Angels, and after a misfiring self-titled EP, they return with their debut full length, Welcome Oblivion. 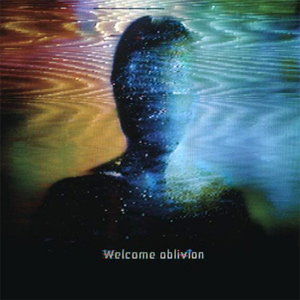 Although How To Destroy Angels is, on the surface, a much more collaborative project than Nine Inch Nails ever was, Welcome Oblivion is covered in Reznor's finger prints much more so than the other members, especially Maandigs old band West Indian Girl. There is certainly no breezy folk rock going on here. What is going on instead is glitchy electronic music. That being said, if you were expecting a Nine Inch Nails record, you will be disappointed.

The album opens with a short introduction before launching into the brooding, slow moving Keep It Together. Rather than being an explosive opening track Keep It Together is best described as minimalist. It is repetitive and builds very slowly with a great deal of menace. It might take a while to get used to this sound, but through headphones this is such an interesting piece of music.

Elsewhere on the album are the meandering, menacing synth lines of And The Sky Began To Scream which sounds like it came directly from the future and Strings and Attractors, which works on a similar principle with some fantastic vocal interplay between Reznor and Maandig. Other highlights include How Long? which is perhaps the most accessible and pop song Reznor has ever been involved in (which isn't to say it isn't dark) and On The Wing, which has an almost 1980s synth line in it.

What comes to mind is that all of these sounds are synthetic, and the album sounds cold and mechanical. Welcome Oblivion is more about sound, feel and atmosphere. In direct opposition to these synthetic, computer generated sounds is Ice Age, which features real, organic instruments. It is interesting that even though the instrumentation in this song is totally different to every other song on the album, the atmosphere and mood created is exactly the same.

The album begins to drag towards the end with a number of overly long, repetitive tracks, but that is the nature of the album. The only way to fully appreciate How To Destroy Angels is to go in with a completely open mind and no preconceptions or expectations for something that sounds like Nine Inch Nails. How To Destroy Angels seem to be getting stronger and stronger with each new release and it almost seems like something of a shame that the whole thing will be cut short by the return of Nine Inch Nails. Almost.