Continue reading: How Much Did Sarah Brightman Pay For Her Ticket To Space?

Hot Gossip, You Look Faster When You Are Young Album Review

By Natalie Kaye in Music Reviews on 22 September 2009 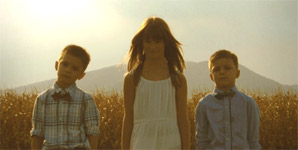 Continue reading: Hot Gossip, You Look Faster When You Are Young Album Review