With a cast and crew packed with A-list talent, this film seems like it should be a first-rate thriller. But a deeply compromised screenplay lets it down badly, leaving the actors floundering as people who make little logical sense. Meanwhile, the mystery develops in directions that aren't remotely interesting, leaving the entire movie feeling flat. At least it's beautifully photographed in stunning Norwegian scenery.

It opens in Oslo, as detective Harry (Michael Fassbender) struggles both with debilitating alcoholism and trying to be a father to his teen son with ex-girlfriend Rakel (Charlotte Gainsbourg), who is now married to plastic surgeon Mathias (Jonas Karlsson). When he's able to work, Harry is looking into missing women cases with his rookie partner Katrine (Rebecca Ferguson). And several of these disappearances seem to be connected in some way, linking back to a murder years ago in Bergen that was investigated by two local cops (Val Kilmer and Toby Jones) and was somehow connected to a leery property developer (J.K. Simmons) who is now trying to lure a winter sporting championship to Oslo. 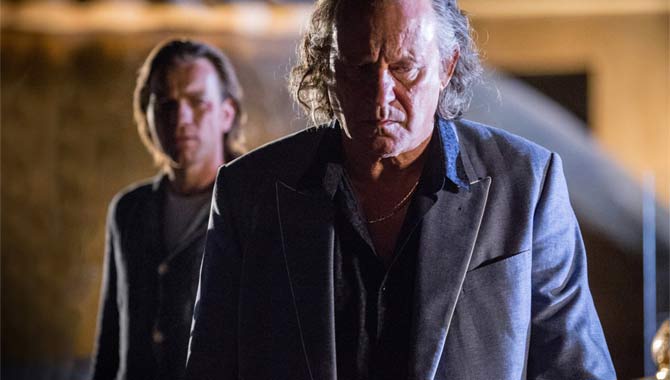 The Two Faces Of January Review

This sun-drenched thriller is much more than a pretty picture: it's also a slow-burning story about moral compromises that worms its way under the skin. Based on a Patricia Highsmith novel, there are clear parallels to The Talented Mr. Ripley as three characters circle around each other and all kinds of Hitchcockian subtext gurgles around them.

Set in 1962, the plot opens with Chester and Colette (Viggo Mortensen and Kirsten Dunst) on a romantic holiday in Athens, where they meet slightly too-helpful American tour guide Rydal (Oscar Isaac). He's already wooing one rich young tourist (Daisy Bevan) and soon locks eyes on Colette. But it's Chester he becomes entangled with, when a private eye (David Warshofsky) turns up trying to reclaim cash Chester stole from a client. So Rydal helps Chester and Colette flee to Crete and, while they wait for a plan to develop, Chester becomes convinced that Rydal and Colette are having an affair.

Writer-director Hossein Amini has already proven himself as a skilled writer of innuendo-filled dialogue (see Drive or The Wings of the Dove), and here he shows a remarkable eye for setting. It helps to have ace cinematographer Marcel Zyskind and composer Alberto Iglesias adding their considerable skills to the mix. The film looks utterly gorgeous, providing plenty of glaring sunlight and murky shadows in which Mortensen, Dunst and Isaac can bring their characters to vivid life. Every scene bursts with suggestiveness, as the inter-relationships between these three people shift unnervingly.

Chester MacFarland is a wealthy businessman whose business ventures are often far from lawful. During a vacation to Athens, Greece with his wife Colette, the pair meet a handsome young man named Rydal who works as a tour guide and earns extra cash through elaborate scams. After dining with the couple, Rydal returns to their hotel, but Chester is thrust into disaster when he is forced to defend himself from an armed man who had been on the end of one of his dodgy dealings. Chester persuades Rydal to move the unconscious body, but he soon finds himself trapped in Chester's criminal world with no escape. To make matters worse, he is becoming increasingly enchanted by the highly fragile Colette and, with her accepting his offers of comfort as the trio go on the run, there's only so much jealously Chester can take.

Set in the early sixties, crime thriller 'The Two Faces Of January' sees a tense story of entrapment, jealousy and suspicion. Directed and written by Hossein Amini (writer of '47 Ronin', 'Snow White and the Huntsman', 'Drive, 'Killshot), the movie is based on the 1964 novel of the same name by Patricia Highsmith. It is due for UK release on May 16th 2014.

Keanu Reeves takes on witches, trolls, giant snakes and other fiends in the '47 Ronin' new trailer.

Keanu Reeves plays an outcast in the fictional retelling of the forty-seven ronin, and while it looks a lot more promising than his other recent movies, could it be the one to save his career? 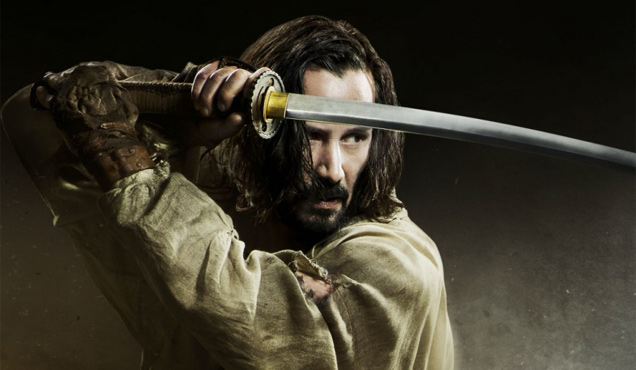 So, he's not exactly been rolling in the glory in recent years with 2012 seeing him star in major commercial and critical flop (an understatement) Generation Um and this year in the China based film Man of Tai Chi which was also his directorial debut and fared a lot better considering it was his first directing stint but still failed to grasp mainstream attention.

Continue reading: Keanu Reeves Back In The Far East As Outcast Warrior In '47 Ronin' [Trailer]

By Rich Cline
Extraordinary
Based on the James Sallis novel, this lean, stylish thriller is confidently assembled to pull us into an outrageous series of events. And it's no surprise that Refn won best director at Cannes for his fine work here.

A young Hollywood stunt driver (Gosling) moonlights as a getaway driver, overseen by his mentor Shannon (Cranston), who has just negotiated a partnership with businessman Bernie (Brooks) and his shady partner Nino (Perlman). But the driver's isolated life is breached when he gets to know single mother Irene (Mulligan) and her young son (Leos) who live in his building. And when Irene's husband (Isaac) is released from prison, the driver offers to help clear an old score so he can start with a fresh slate. Of course, nothing goes as planned.

By David Levine
Weak
In grade school, history lessons were painfully boring, but at least we learned the facts. I wish the same could be said for history lessons found in today's movies. Last year, Pearl Harbor wasted an opportunity to study the December 7 invasion - rather, it chose to pursue a useless love triangle. The Four Feathers is nothing more than an equally bad retread of Pearl Harbor. It has little to do with the history regarding British colonialism it seeks to explore; in fact, I doubt the film is even historically accurate. And, like the details of the Japanese attack in Pearl Harbor, the historical events in The Four Feathers only exist to provide the framework for the telling of a predictable and implausible romance.

Harry Faversham (Heath Ledger), a soldier with the British Army, is unwilling to travel into the Sudan with the rest of his regimen to protect British interests there. So, he resigns his commission. In response, Harry's fellow soldiers issue him three feathers symbolizing his cowardice for leaving. Looking for support, he turns to his father (a former military officer), who disowns him. As well, his fiancé Ethne (Kate Hudson), who provides a fourth feather and calls off their engagement. Unable to cope with the harsh reactions his decision prompts, Harry hastily departs for the Sudan to find a way to help his friends and redeem his honor.