By Jack de Aguilar in Lifestyle / Showbiz on 15 November 2012

Hope Solo married is the last thing most soccer fans want to hear, considering the impact she's made on the male demographic. Known primarily for her excellent talents in the net of the American team, and secondly for her stunning good looks, Hope Solo is now a Mrs, after wedding NFL tight end Jerramy Stevens, EPSN reports.

The nuptials took place on Tuesday (Nov, 13), after an altercation that left Stevens in jail initially threw their wedding plans up in the air. Dave Mahler, a sports-talk radio host on Seattle's KJR, tweeted: "Confirmed: Jerramy Stevens and Hope Solo were married tonight. Events of yesterday morning didn't change plans. Sounds like more facts comin." The event that almost lead to a delay in their holy union saw Stevens arrested early Monday (Nov, 12) for fourth-degree domestic violence assault but was not charged. He was eventually released when a Kirkland Municipal Court judge ruled there was no evidence connecting him to an assault, and he's now a married man.

Solo, goalie for the U.S. women's national soccer team since 2000, has won two Olympic gold medals. Stevens, a first-round draft pick of the Seahawks in 2002, has past arrests for sexual assault, felony battery, failing a drug test while on probation and drunk driving. He was cut by the Tampa Bay Buccaneers in 2010 after his arrest for possession of cannabis with intent to sell.

Video - Hope Solo Is A Fan Of Justin Bieber

Soccer star Hope Solo is seen out and about in Beverly Hills with a friend. One fan asks for a picture which Hope happily agrees to, only to discover he had accidentally taken a video instead. Hope is not annoyed at the blunder and sympathises with the fan. She reveals to photographers that she knows the words to teen heartthrob Justin Bieber's songs.

Hope is currently participating on Dancing With The Stars, partnered with Maksim Chmerkovskiy. She has received consistently good scores from the three judges so far on the thirteenth season of the show.
1
Hope Solo 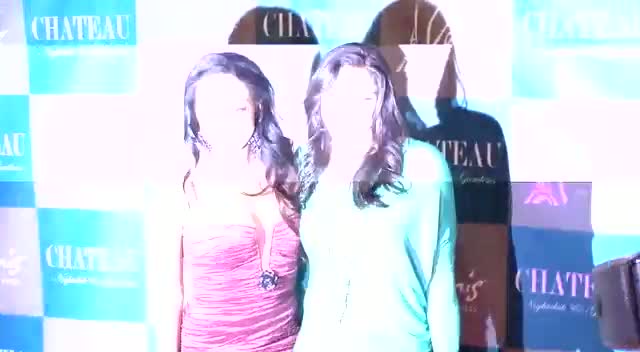 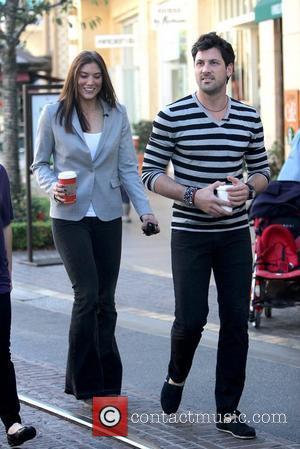