The Hoosiers
Goodbye Mr A Video

Following hot on the heels of `Worried About Ray', one of the undisputed soundtracks of the short lived summer (8 consecutive weeks top 10 says it all) comes the next floor filling single from the UK's pioneers of `oddpop', The Hoosiers.

`Goodbye Mr A' is set for release 8th of October and is a beast of a track set to takeover the airways, with melodic brass and riffs that will literally rip your face off before stapling it back on with choral harmonies more suited to late seventies Uberpop. It is one of those songs that will have you singing your head off by the end without even realising. Underpinning the track, is a pulsing lyrical majesty that will open up the fairytale album within which Ray and Mr A cohabit.

The single will be closely followed by the band's debut, The Trick To Life. An album filled with upbeat treats, as well as glimpses of a deeper, darker edge. On tracks like 'Run Rabbit Run' and 'A Sadness Runs Through Him', Irwin's soaring, jaw-droppingly powerful vocals lead listeners through a maze of melodic mayhem, with influences ranging from The Cure through to Supertramp, laced with some early Genesis (the bible verse not the band). However, fans of 'Worried About Ray' need fear not, for 'Worst Case Scenario', the somewhat sinister 'Killer', and title track 'The Trick To Life', punctuate the album's uncompromising landscape with literally tens of minutes of rich and compelling music, which will have you bouncing around your bedroom and/or living room.

Having experimented as teenagers in acting, writing and fire-fighting, The Hoosiers set out to tackle Everyman's rite of passage: coming to terms with an uncertain world and its aching demands, with a theme throughout of someone being incomplete, looking for something and hoping it's looking for them, all Hidden behind a thin veil of self depreciation and humour.

Having blown crowds away at Latitude, Secret Garden and V Festivals over the summer, Irwin Sparkes (vocals/ guitar), Alphonso Sharland (drums) and Martin Skarendahl (bass) continue their live assault over the coming months with a national university tour followed by a huge regional tour (check their website for details) and have even managed to squeeze two London headline dates on:
13th September ICA London
19th October Kings College London

`Goodbye Mr A' will be released on 8th October followed by
The Hoosiers debut album, The Trick To Life on 22nd October.

The Hoosiers Worried About Ray 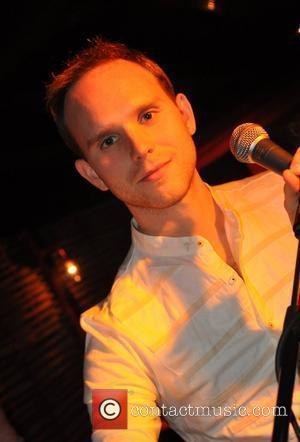 The Hoosiers Split From Record Label 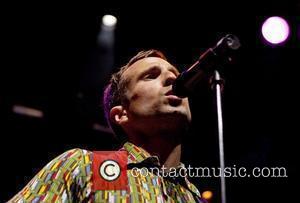 The Hoosiers Worried About Ray Video