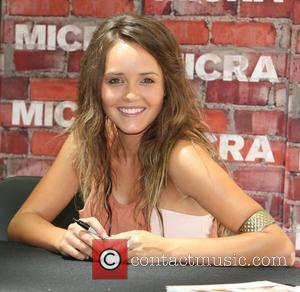 Picture: Rebecca Breeds of 'Home and Away' conducts an autograph signing session at the Macquarie Centre Sydney, Australia - 05.02.11

Australian soap opera Home And Away has been rocked by scandal after two cast members were caught up in separate incidents involving sex and drugs.
Actress Jodi Gordon, 24, was reported missing by friends after a night out in Sydney on Tuesday (02Jun09), and was later found by police at the home of a suspected drug dealer. The star admitted "cocaine had been consumed" when she was questioned by cops.
She was later released without charge, but the incident hit headlines across her native country.
And TV bosses were further shocked when another cast member, Lincoln Lewis, 21, admitted to filming a sex tape with an unnamed Australian television star.
Lincoln is said to have filmed the sexual encounter on his cell phone last year (08) and subsequently showed the footage to his fellow Home and Away cast members and crew.
The actor has since apologised for his actions.