By Holly Williams in Music / Festivals on 10 September 2015

In the words of the duo's Louie Diller, this is where Holychild 'cut their teeth'.

LA pop duo Holychild thrilled fans in Washington, DC when they returned for a small (though still heaving) show at the Rock & Roll Hotel this summer (July 15th 2015) to deliver a sparkling set of their vibrant tunes for the FIAT 500Xclusive Concert Series. The concert was free of charge - all fans had to do was RSVP and they were in! 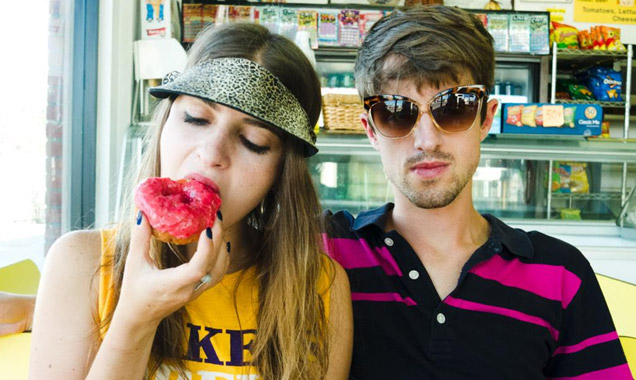 Holychild go back to their first headline venue

There's been a flurry of excitement this year over the release of Holychild's debut album 'The Shape of Brat Pop To Come' via Glassnote Records, so it's no wonder so many Brat-Poppers jumped at the chance to see this unique pair for free. Co-produced by the band's synth-player Louie Diller alongside Grammy winners Greg Wells and Cian Riordan (who have previously worked with Katy Perry and Mini Mansions respectively), the album features 12 epic numbers - including the ones you already had stuck in your head.

'The Shape Of Brat Pop To Come' is released in June.

Holychild are forming a musical movement of their own with the release of their upcoming debut album 'The Shape Of Brat Pop To Come'. It's as self-explanatory as it seems, and they also unveil a new taster in the form of the vibrant 'Money All Around'. 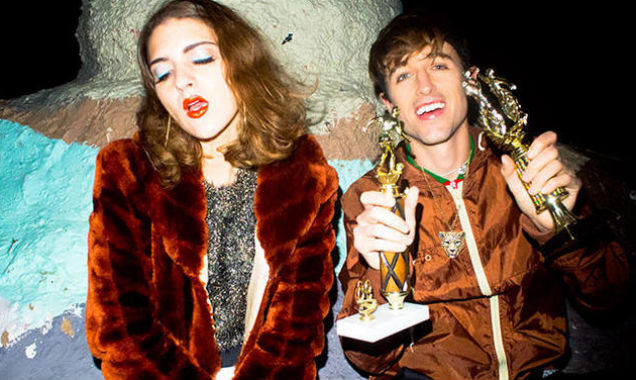 Holychild to release 'The Shape Of Brat Pop To Come'

The Los Angeles two-piece have already infected the world with catchy and mood-changing dance beats from their 'Mindspeak' EP which was released in 2014. 'Happy With Me' was a memorable highlight, once again re-visited on the forthcoming genre-shaping album on which they have already unveiled fifth track 'Running Behind' which also happens to be the soundtrack to the Apple Watch advert.