Gino D'Acampo was arrested moments after he won 'I'm A Celebrity... Get Me Out Of Here' on animal cruelty charges for killing and cooking a rat with his co-star Stuart Manning.

Gino D'Acampo was arrested on animal cruelty charges after leaving 'I'm A Celebrity... Get Me Out Of Here'.

The Italian chef - who was named King of the Jungle on Friday night (04.12.09) - and 'Hollyoaks' actor Stuart Manning have been charged with animal cruelty and could be given a prison sentence after they cooked a rat during the show for their hungry co-stars.

Gino was quizzed by Royal Society for the Prevention of Cruelty to Animals (RSPCA) investigators moments after filming ended after it was claimed the animal they ate was tame.

A source said: "There were rats used for the Bushtucker Trials and they were as tame as hamsters. They were used to human contact and not afraid like wild ones who would run away. The killing made for dramatic TV. But it's likely the animal was one of the trial rats."

A spokesperson said: "Australian RSPCA are currently looking into an incident in which a rat was killed in the camp."

During the show, Gino and Stuart, 30, beheaded the rodent with a kitchen knife before the TV chef turned it into risotto.

They have now been told to appear in court on February 3. If found guilty, they could be sentenced to three years in prison.

Bosses on the grueling jungle challenge show have been forced to hand over all video footage of the beheading - which was not shown on television - to the animal protection group for examination.

The 34-year-old chef - who was previously jailed for two years for stealing £4,000 worth of Paul Young's guitars - was reportedly being questioned for so long, his wife and their two children left the set alone.

Our source added to Britain's News of the World newspaper: "Gino was detained so long his family, including his two young boys, had to travel back to the hotel without him. He has previous convictions and is terrified of getting into more trouble with the authorities. But police say now he is free to go home." 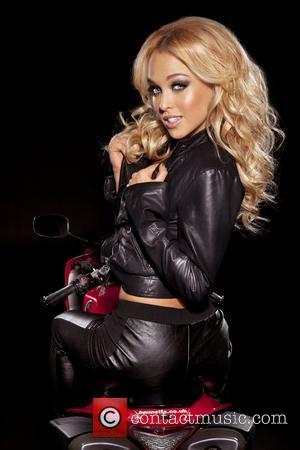