Woodlawn was born Haroldo Danhakl in Puerto Rico in 1946, at aged 15 she ran away from her family home in Florida to New York City. She adopted the name Holly Woodlawn after Audrey Hepburn’s character in Truman Capote's Breakfast at Tiffany's as well as an ‘I Love Lucy’ episode where Lucille Ball travels to Woodlawn, New York.

Woodlawn’s journey to New York was immortalised in the opening lyrics to Lou Reed’s 1972 classic, ‘Walk on the Wild Side'. The song begins with the lyrics, ‘Holly came from Miami, F.L.A. Hitchhiked her way across the U.S.A. Plucked her eyebrows on the way. Shaved her legs and then he was a she. She says, ‘Hey, babe, take a walk on the wild side.’’

More: ‘I Am Divine’ Review

In 1968 Woodlawn met artist Andy Warhol at a screening for his film Flesh, where she was also introduced to Warhol superstar Jackie Curtis. Warhol subsequently cast Woodlawn in his 1970 movie Trash, alongside Joe Dallesandro, who would become one of Woodlawn's life-long friends.

Woodlawn was at first only supposed to have a bit part in Trash, but her performance impressed director Paul Morrissey so much that her role was expanded. In 1972 she re-teamed with Morrissey and Dallesandro for Women in Revolt, which also starred Candy Darling.

On Facebook, Dallesandro announced Woodlawn’s passing writing, ‘I arrived to the hospice and went to Holly's room, #403. I was next to her talking and telling her all the love that was being sent her way from everyone. It was like she knew I was there. I am sorry to say at 3:06pm Los Angeles time, Holly Woodlawn passed away.’

Reflecting on her time as a Warhol superstar in a 2007 interview, Woodlawn said: “I was very happy when I gradually became a Warhol superstar. I felt like Elizabeth Taylor! Little did I realise that not only would there be no money, but that your star would flicker for two seconds and that was it.”

“But it was worth it, the drugs, the parties, it was fabulous. You live in a hovel, walk up five flights, scraping the rent. And then at night you go to Max’s Kansas City where Mick Jagger and Fellini and everyone’s there in the back room. And when you walked in that room, you were a STAR!” 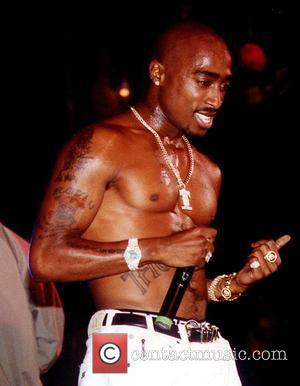