Is Holly Willoughby The Most Emotional TV Presenter Ever?

'This Morning' host breaks down on TV yet again.

Holly Willoughby is well known for getting emotional on TV, and working on a show like 'This Morning', it's hard not to get a little teary-eyed sometimes. A lot of heart-wrenching stories pass through the show daily, and the latest one is about a 13-year-old carer who certainly did not fail to make the presenter well up. 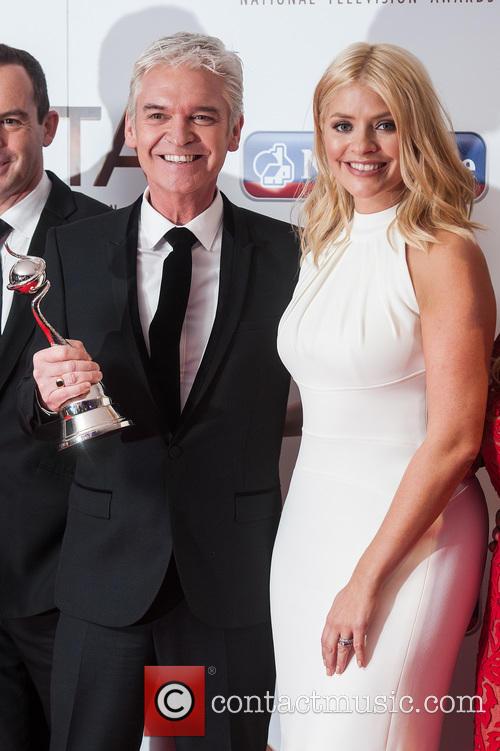 Producers on the show decided teenager Amy deserved some recognition for selflessly sacrificing her free time to look after her epileptic and deaf 2-year-old sister, as well as her diabetic and autistic 17-year-old brother, AND her mother Susan who suffers from aneurysms and has been in and out of hospital since Amy was just 7-years-old. So, in honour of Young Carers Awareness Day, she was awarded with a gift collection including books, an iPad and singing lessons after being phoned up at school by Willoughby and her 'This Morning' partner Phillip Schofield.

The shocked girl could only stutter her thanks, as Willoughby immediately began to cry at her reaction. 'We think you're amazing Amy!' She gushed.

More: Holly Willoughby and Phillip Schofield show up to work still in their NTA clothes

It's not the first time Willoughby has had a particularly emotional day at work. During a discussion about the sex offences of Lostprophets singer Ian Watkins in 2013, she struggled to take part in the show as she became visibly more and more shaken as his actions were recounted. Before then, in 2012, she lost her composure listening to a man talk about losing his wife to cancer, in October 2015 she sobbed over a story of a woman losing her young son, and before she left for her maternity leave in 2014, she broke down after being presented with gifts from her stand-in Amanda Holden.

It's always nice to see a TV star get genuinely passionate about the things they are discussing, especially considering the stoic expressions we're used to seeing from our newscasters no matter how shocking their stories are. And it's not just tears Willoughby has failed to hold back either. She is well remembered for losing her cool with controversial columnist Katie Hopkins when they clashed over the latter's suggestion that children with names like 'Tyler' and 'Kylie' were bound to be no good. Plus, in 2011, 'This Morning' featured a segment on ghosts at which point phasmophobe Willoughby had to excuse herself from the set, visibly disturbed by the spooky images she was being shown.

Keep being you, Holly!