Rumours suggest the show's upcoming maternity feature could be more in depth than you might think.

Forget 'One Born Every Minute', there are reports that British breakfast show 'This Morning' will feature a live birth as presenters Holly Willoughby and Philip Schofield plan to interview mothers in labour as part of their supposed new feature on maternity issues. 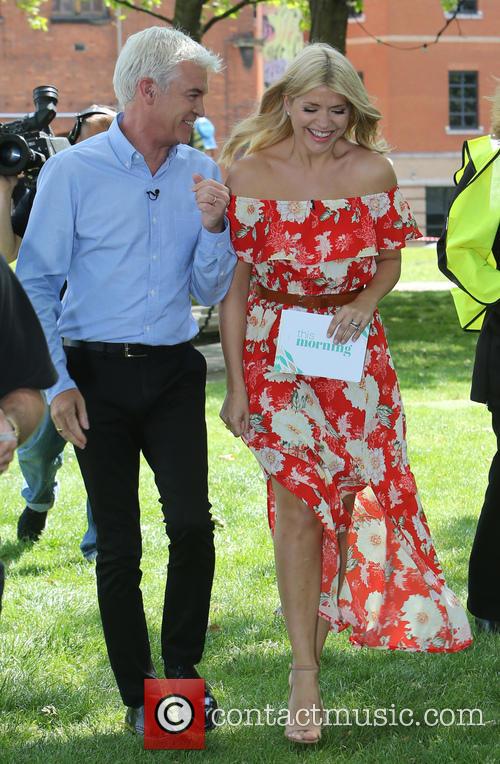 Holly Willoughby has allegedly revealed that producers of 'This Morning' are planning a major feature on mothers and childbirth for the show in the Autumn, and suggested that it may even get to the point where a live birth will be screened on air so that presenters can interview the mother during childbirth and get a first hand account of her experiences.

'We are doing a whole new maternity section. I am going on to a maternity ward and hopefully someone will let me speak to some women who are in labour to get a vibe of what it is like on a ward', Holly Willoughby reportedly told The Daily Star. 'There may well be a baby born on This Morning. I have never watched anyone else in labour.'

Holly herself has three children with husband Dan Baldwin; 7-year-old Harry James, 5-year-old Belle and Chester William who is almost 2-years-old. Phillip also has two daughters named Ruby and Molly with wife Stephanie Lowe. Holly cashed in on her own motherhood recently with the release of her parent

Childbirth on television has become a huge source of fascination in recent years with shows like reality series 'One Born Every Minute' and BBC drama 'Call The Midwife'. Meanwhile, Phillip is thinking less about birth and more about possible death as he reveals he may get a chance to swim with sharks in South Africa,

'It will be a bucket-list thing for me and one of the things I said I wanted to do was swimming with sharks', he repotedly said. 'There is no backing out now.'