Two of morning TV's most respectable characters were looking a little worse for wear this morning after scooping a win at the National Television Awards and then celebrating accordingly. Holly Willoughby and Phillip Schofield appeared on the This Morning sofa wearing the same outfits as the award ceremony the previous night, confessing they had yet to go to bed. 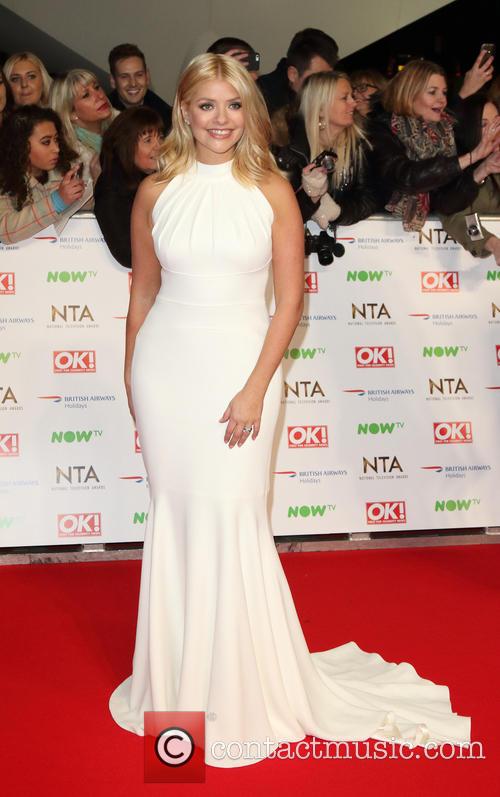 The show won the award for best Life Magazine show, beating popular programmes BBC Breakfast and The One Show.

The pair opened the show by laying on the sofa with Phillip still in his suit and Holly still sporting her long, white dress.

After revealing all to their viewers, Holly then made a second confession and told those tuning in that she had spilt food down her light coloured gown.

Holding a cushion across her front, the 34-year-old presenter said: "I’m covering up mint sauce on my dress.

MORE: Holly Willoughby Is The Face Of Garnier

"This is a lovely dress but can you see the yellow stains? It’s mustard and piccalilli before you jump to any conclusions."

Phillip said neither of them should be on television after going back to Ant McPartlin’s house to carry on the party following the awards and their success.

Eventually the pair got themselves together and got changed but we imagine they didn’t linger around the studio for much longer after the show had finished.