Gross Story Of The Week: Holly Madison To Eat Her Own Placenta

Holly Madison is planning to dry out her placenta and turn it into pills upon the birth of her daughter. 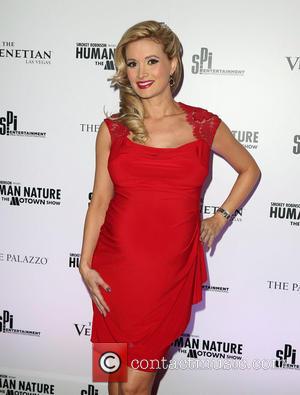 Holly Madison, the American model and former Playboy bunny, says she is planning to ingest her own placenta once her daughter is born later this year. In a post written on her Celebuzz blog this week, the 33-year-old Girls Next Door star mused about the practice - a hotly debated topic amongst new mothers.

"This might sound gross, but I'm totally planning on having my placenta turned into pills I can take after giving birth," she wrote, adding, "I heard it helps women recover faster and I want to recover as quickly as I can!" It's becoming a popular thing to do in Hollywood circles, with Mad Men actress January Jones revealing she consumed her placenta in pills after giving birth to her son. "Your placenta gets dehydrated and made into vitamins," she told People magazine at the time. "It's something I was very hesitant about, but we're the only mammals who don't ingest our own placentas. It's not witch-crafty or anything! I suggest it to all moms!"

Madison and Jones aren't the only celebrities to try strange mother-child practices. Last year, a video of Alicia Silverstone pre-chewing food before feeding it into her young son's mouth went viral.

Christina Applegate has shared her love for the product NoseFrida, a device that is placed into a child's nostril and then sucked by the parent. Yep. That's real.