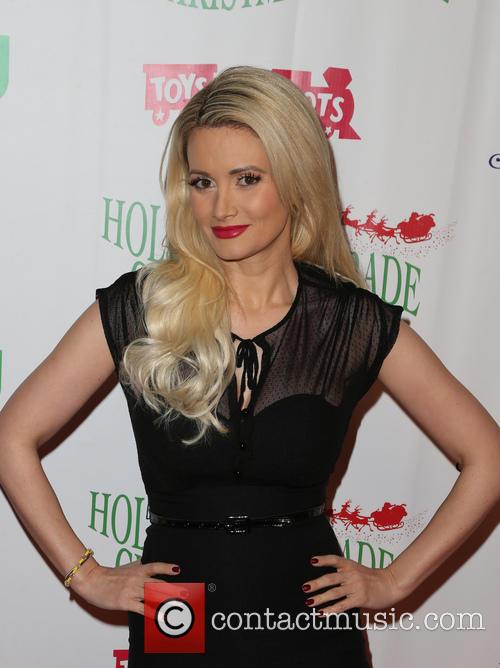 Responding to Kendra’s tweets, Holly told Jenny McCarthy: "I didn't really get emotional about it. Obviously, I can go on Twitter and say just as vulgar things about her, but what is that gonna do for me? Nothing.”

More: Hugh Hefner Responds To Claims Made By Holly Madison In Autobiography 'Down The Rabbit Hole'

“We live in a click-bait world, and it's always these crazy headlines. But, she still works in that world, she has a different viewpoint on things. I was there a long time before she was, so I saw a lot of things she never saw, too. If she wanted to react to the book once, that's fine. But it's a year later, I'm not even talking about it.”

Holly and Kendra’s feud began last year, when Holly released tell-all book Down the Rabbit Hole, about her time as one of Hugh Hefner’s live-in girlfriends. But Holly says that ‘slut-shaming’ is something she’s been dealing with her whole life, starting in her teenage years.

"I feel like I've been dealing with that slut-shaming and internet trolls for so long. And when it's coming from her, I have my suspicions on where it's coming from and it's so hypocritical, and I feel like I really don't want to lower myself and go there and respond in any way other than, ‘I wish you the best. Bye.’"

After Kendra deleted her tweets last week the 30-year-old apologised for the outburst, saying she had ‘reacted emotionally’ to seeing Holly’s People cover. "It didn't represent who I truly am. It represented me at a moment," Kendra said, during an appearance on Jenny McCarthy's same podcast last week.

"I was just reacting emotionally. I just blew up. That's something that I'm trying to control. I'm trying to be better at doing. I failed at doing that yesterday. I became 21 again." However Kendra also said she would always be Hefner’s ‘solider’, adding: “He's done zero harm in my eyes to anyone I've ever seen."