It's not a conventional love, but it sure is a beautiful one.

It's been three years since Sarah Paulson started dating Holland Taylor, and yet people are still criticising them for the unusual circumstances of their relationship. Needless to say, they both remain extremely unfazed by the media's continued interest in their private life.

The 43-year-old 'American Horror Story' star raised eyebrows when it came out in 2015 that she was dating a fellow actress who was 32 years her senior. Even though Paulson revealed that she thought Taylor was 'probably the most exquisitely beautiful woman [she'd] ever seen', that just wasn't enough for some people who couldn't get their heads around their mutual attraction.

Continue reading: Sarah Paulson Shrugs Off Yet More Criticism Of Her Relationship

By Sean O'Connell
Terrible
Somewhere in Hollywood exists a bin of scripts, each bearing the label "Not Quite There." The stories tend to be half-baked, the characters might be underdeveloped, and the jokes often lack those all-important humorous punch lines that seal the screenplay's deal. Sometimes, these "Not Quite There" scripts suffer all three problems - true stinkers, indeed.

Most A-list actors and actresses know better than to dip their hand into the forbidden bin. When the barriers break down and a proven talent skims the bin's surface, we endure Cameron Diaz in The Sweetest Thing, Bruce Willis in Mercury Rising, or Brad Pitt and Julia Roberts in The Mexican.

Ingenuity creeps into several scenes of the largely stereotypical chick-flick love comedy "The Wedding Date" -- but all its imagination comes at the wrong end of the creative process. What good is a uniquely photographed dance scene if the characters dancing together are barely two-dimensional?

The plot is pure, predictable sitcom gimmickry: Debra Messing plays a romantically frazzled beauty in her early 30s (not entirely unlike her sitcom role on TVs "Will and Grace") who hires an escort (Dermot Mulroney) to act the part of a besotted boyfriend at her sister's wedding. She hopes to stave off haranguing from her embarrassing, busybody mother (the fabulously uppity Holland Taylor) and stir jealousy in the ex-fiancé who left her at the altar two years before.

Peppered with conventional montage sequences (set to shopworn 1950s girl-group ditties and Shania Twain anthems), and pushed along by overly-staged scenes that defy common sense, the script is clumsy at best. Even though she's anxious about pulling off this stunt, Messing hires Mulroney sight unseen and doesn't concoct a backstory (his occupation, where they met, how long they've been dating) until pulling him into a coat room at the rehearsal dinner in a panic. This despite having a 12-hour cross-Atlantic flight during which they could have been rehearsing their fictional relationship.

Since the vast majority of the audience for "Spy Kid 3D: Game Over" has probably never seen a 3D movie with cheap, old-fashioned blue-and-red-lensed cardboard glasses, here's a three-point primer for proper enjoyment of any flick in this format:

1) Sit toward the middle of the theater. Because of the twin-image nature of 3D projection, the more off-center you are from the screen, the more you'll see eye-straining "ghosting" of images through your glasses instead of proper depth of field.

2) The left lens (red) always seems uncomfortably darker than the right (blue). Get used to it. 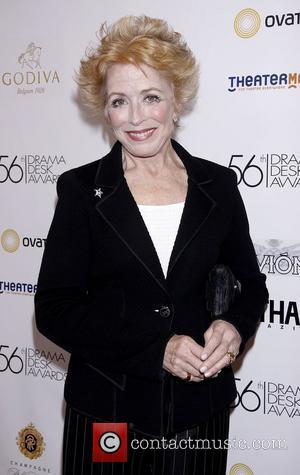 Taylor Has Been Writing New Play Ann For Six Years

Recovering co-dependent Ruby Weaver has such bad luck with men that she and her girlfriends...

Since the vast majority of the audience for "Spy Kid 3D: Game Over" has probably...