By Hayley Avron in Music Reviews on 18 November 2013

Although Jonathan Clancy isn't new to recording or releasing music he would like us all to see 'Vicious', His Clancyness' first output on Fat Cat records, as his debut. 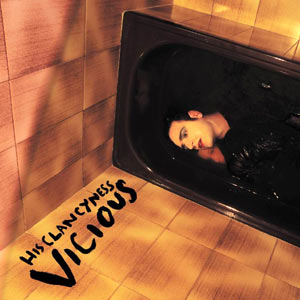 Following on from his previous bands , some mix-tapes and compilations of singles, 'Vicious' is His Clancyness' first proper album and it does really feel like an album; like a set of songs imagined for a single recording with strong themes, high points, lows and the rest of it.

'Vicious' was born out of Detroit, Michigan which is the spiritual home of record producer Chris Koltay. Koltay is well known on the Detroit scene and has previously produced for the likes of Electric Six & Jamaican Queens, both Detroit bands, as well as the Talib Kweli and Akron/Family. Jonathan and Chris met on the road gigging and hit it off in a big way. Jonathan decided that Chris was the right producer for the album and that's how Detroit became the location. Although the artist went to the producer and his studio, the city really began to seep into the record and its themes. Detroit is basically a completely rundown, destroyed city but, out of the destruction, new green shoots are showing and this feeling of beginnings and ends have translated into the album.

By Holly Williams in Music / Festivals on 14 November 2013

Continue reading: Introducing: His Clancyness And His Brand Of Dreamy Rock N Roll From Bologna, Italy 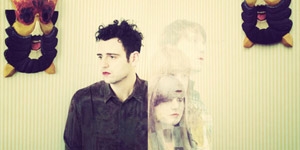 Jonathan Clancy, the face and front man of 'His Clancyness' grew up between Canada and Italy listening to David Bowie whilst developing his own musical style. Since then, Jonathan has been a member of multiple successful bands including: A Classic Education and Settlefish but most recently His Clancyness.

Jonathan discusses his new record, road memories and what it means to be a band.

CM: 'Vicious' is released on October 8th, could you start by telling us a bit about this record?