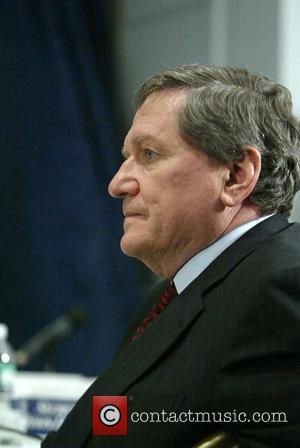 Hillary Clinton is reportedly furious with the producers of crime television series Ncis.
Hillary Clinton, the American Secretary of State, is reportedly caught up in a feud with the Ncis producers after one of the show's episodes depicted an assassination attempt involving herself, reports the National Enquirer.Clinton was played by a lookalike on the show, but the episode's theme has reportedly unsettled the former Presidential candidate. An insider told the tabloid magazine, "It's not that she thinks al-Qaeda was watching Ncis and they're planning to attack her, but there are crazy people who would love to get near her. Having a faux Hillary character in a scene with a suicide bomber may lead people to believe that she's an easy target". The 63-year-old wife of Bill Clinton hit the headlines earlier this week after telling senators that the international news network Al-Jazeera was 'real news', according to Usa Today. Clinton said the station was gaining more prominence in the United States because it offered viewers something different, she added, "You may not agree with it, but you feel like you're getting real news around the clock instead of a million commercials and, you know, arguments between talking heads and the kind of stuff that we do on our news which, you know, is not particularly informative to us, let alone foreigners".
Hillary Clinton launched the '100 Women Initiative' yesterday, on the eve of the 100th anniversary of International Women's Day, which marks the economic, political and social achievements of women.