Director James Ponsoldt Is Searching For A New Home For His Planned Hillary Clinton Biopic After The Film Was Dropped By Studio Executives At Lionsgate. 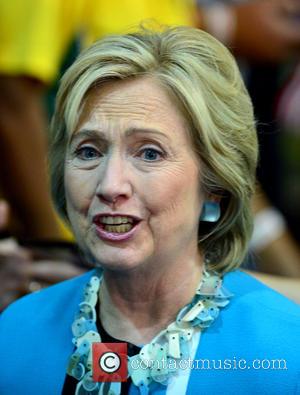 Producers had originally hoped to start shooting Rodham last year (14), but the project suffered a delay as they tried to pin down a screenwriter to rework the original story by Young Il Kim. The script, which documents Hillary's rise as the youngest lawyer chosen to work on the House Judiciary Committee's Impeachment Inquiry during President Richard Nixon's Watergate scandal, had previously landed on the industry's 2012 Black List of Hollywood's best unproduced screenplays.

Now the movie has hit another roadblock after Lionsgate officials decided against financing the film, reports TheWrap.com. No official reason has been given for the move, but the news emerges days after Lionsgate Motion Picture Group co-chairman Rob Friedman and his wife Shari hosted a fundraiser for the former First Lady and Secretary of State on 27 September (15) as she continues her campaign for the White House.

Casting details for Rodham have yet to be announced.