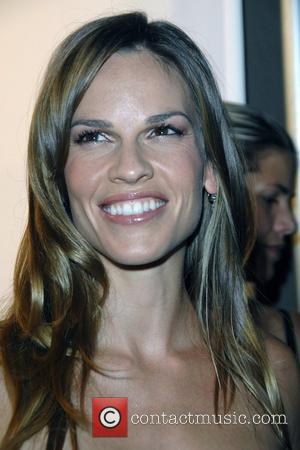 Two-time Oscar-winner Hilary Swank goes to extreme measures to make her characters believable and even developed a potential health problem because of her strict diet for one role. Swank won her Academy Awards for BOYS DON'T CRY and Million Dollar Baby and insists the intense training required to play a boxer pushed her body too far. She explains, "If I believe in a role, and in the story, I'll do what I need to make it believable and to make it work. "I have some problems with elevated mercury in my system. I wasn't eating meat when I was filming Million Dollar Baby but had to put on 19 pounds (9 kilograms) of muscle. "So I ate a lot of fish. And for Boys Don't Cry, I went down to seven per cent body fat. In BLACK DAHLIA, when my character dies, I hit my arm on an old-fashioned ironing board, and I have a scar from that. "But how great to have that. That's what life is - you want to get in there and play hard. The battle scars are a reminder that you're alive and human and that you bleed."