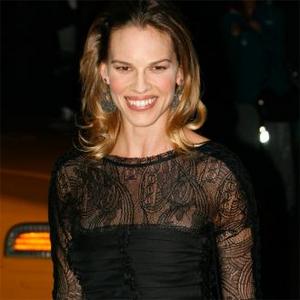 The Oscar-winning actress and the talent agent decided to call time on their five-year romance earlier this summer, her agent told PEOPLE.

No other details about the split were revealed.

Hilary - who split from husband Chad Lowe in 2006 - has previously spoken of her relationship with John, saying she had no desire to get married as they were happy as they were.

She said: ''You know what they say: When it ain't broke.

'I believe in the Sanctity of marriage. John and I, you know, we were both in long marriages and it's not something that we need to rush back into.''

However, the 38-year-old star did say she would like to become a mother one day as it is something she has always wanted to do.

She said: ''Since a really young age, I've always thought about kids. Someday, hopefully, I'll have children. When the time is right.''