Hilary Swank Has Her Purse Stolen In Paris Suburb 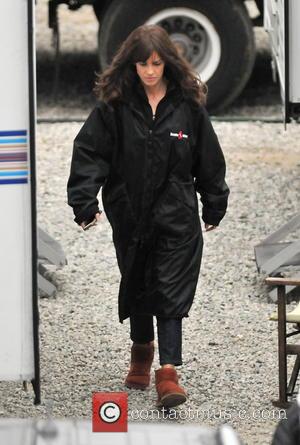 Picture: Hilary Swank Actors on the set of their new movie "You're Not You" filming in Los Angeles. In the movie, Hilary Swank plays a woman...

Oscar-winning actress Hilary Swank was caught up in a violent robbery when her purse was stolen from her whilst she was in a taxi in the Parisian suburb of Saint-Denis yesterday (Jan 18) morning.

According to a police source, the actress was sat in the back seat of her taxi that was stuck in gridlock traffic when thieves jumped the taxi whilst it remained stationary in the northern part of the city. Three thieves smashed the back window of the taxi and snatched Swank's designer purse from her hands before making off with the loot. The suburb of Saint-Denis is notorious for it's frequent traffic jams and over the years this type of'smash and grab' robberies has become increasingly common.

Swank became a household name after her double Oscar success in 1999, for Boys Don't Cry, and again in 2004 for Million Dollar Baby. Since her Oscar success she has also stared in such hits as PS, I Love You and the Amelia Earhart biopic, Amelia, and is currently working on the upcoming drama You're Not You, which centres on a terminally ill woman (Swank) and her young caregiver (Emmy Rossum).

Swank has not issued any statement relating to the robbery as of yet.