'Boys Don't Cry' actress Hilary Swank loves to play underdogs who have the ''odds against them.'' 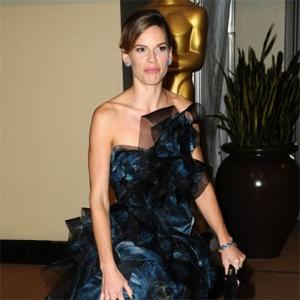 The 36-year-old actress - who won Academy Awards for her role as a transgendered teenager in 'Boys Don't Cry' and a troubled female boxer in 'Million Dollar Baby' - is attracted to characters experiencing hardship who have an unusual story.

She said: "They are people who have the odds against them in so many ways. I love the underdogs."

In her new film 'Conviction,' Hilary plays an unemployed high school drop-out who fights a legal battle on behalf of her brother after he is imprisoned for a murder he didn't commit.

The actress loved working on the movie, which also stars Minnie Driver and Sam Rockwell, because she is always "drawn" to scripts based on real events.

She said: "It's an extraordinary story. I've always been drawn to true stories because life is stranger than fiction and this story amazed me, I was really stirred by this Bond between a brother and sister. It's a rare kind of love they have where they would do anything for the other."

Hilary went on to say she went into acting because she loves telling people's stories.

She said: "I became an actor because I love people and I love their stories; it's like a great kind of advanced psychology class."