Hilary Duff believes her 12 tattoos make her look ''gangster'' but she doesn't always like to have them on display. 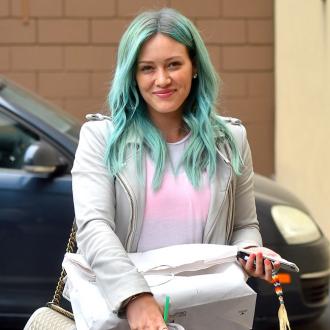 Hilary Duff thinks her 12 tattoos make her look like a ''gangster.''

The 27-year-old actress revealed she has a surprisingly amount of inkings on her body but admitted she doesn't like to flaunt them all the time because likes to select when she looks ''hardcore.''

She explained during an appearance on 'The Ellen Degeneres Show' last night (30.03.15): ''I have a bunch of little guys inside my arms. I think that part of me loves tattoos and part of me doesn't want the full commitment of getting to see them all the time. So, when my arms are down I look just like a normie and when my arms are out I look super hardcore, like a gangster.''

Meanwhile, the 'Chasing the Sun' singer recently uploaded a photograph of herself in a black bikini, showcasing her slim pins and washboard abs, three years after giving birth to her son Luca, with whom she has with estranged husband MIKE COMRIE.

Speaking about why she shared the snap on her Instagram account earlier this month, she said: ''I had spent all weekend in a bikini, and I was feeling pretty good. I'm just like everyone else. Usually, I'm not feeling so good.

''I [have a] love-hate relationship with my body. I was on a trip with my son, and it's been three years since I had him.

''I'm just so proud of my body and what it's done for me. It gave me the most beautiful little boy. I feel strong and powerful--and I wanted to inspire other women.''