Hilary Duff Follows Up 'Chasing The Sun' With New Single, 'All About You'

Hilary Duff sure knows how to make a comeback. After a seven year drought without new music, she released her brand new single, ‘Chasing The Sun,’ just a few weeks ago - but that’s not at all. This week, she put out single number two, ‘All About You,’ and it’s the kind of track we’ve all been waiting for. 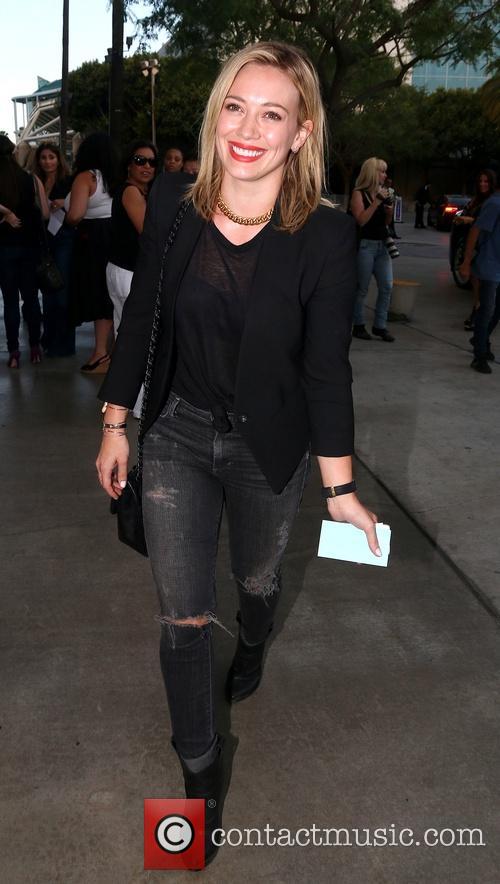 Hilary Duff released her second single, ‘All About You,’ this week.

Even though new music is out, the whole comeback in general is off to a pretty weird start. Back in the middle of June, it was reported that UK star Ed Sheeran was the brains behind Duff’s new single, having written the song with her in the studio in the matter of two hours. “Obviously she comes from Lizzie McGuire and that pop world but she’s more grown up now, so it’s more of an adult alternative acoustic sound,” Sheeran told Digital Spy. However, when details about ‘Chasing the Sun’ surfaced, Sheeran was nowhere in sight. The summer-y pop acoustic tune was instead written by a team that consisted of Colbie Caillat, Jason Reeves, and Toby Gad, and the general consensus was that it wasn’t too good. Vulture described it as sounding “like Paris Hilton doing Sheryl Crow karaoke.” Ouch. As far as commercial performance, ‘Chasing the Sun’ debuted at number 79 on the Billboard Hot 100. Not exactly the explosion that RCA Records were probably hoping for.

So, with that said, what exactly happened to that Ed Sheeran song? Turns out, Duff’s team was deciding between three tracks for the first single, and ‘Chasing the Sun’ won over the newly released ‘All About You’ and the Sheeran-penned ‘Tattoo.’ Duff opened up about ‘Tattoo’ to PopCrush, calling it “a perfect pop song” and that “everybody can relate to it.” Considering ‘All About You’ came out this week, it’s not certain whether ‘Tattoo’ will see a single release in the near future, or if it’s going to be held under wraps for the upcoming album. Maybe they’re saving the best for last in hopes to score a big hit before the record? It wouldn’t be an unfamiliar practice in the industry. For instance, Ariana Grande always had the backup single ‘Break Free’ in case ‘Problem’ ended up bombing - but considering ‘Problem’ was a surprise hit, it’s probably why the follow-up single didn’t come until months after.

Next page: What’s the verdict on ‘All About You’?