Hilary Duff only split from her husband Mike Comrie after three years of marriage in January, so the 27 year-old actress still has very vague memories of the disturbing and unpleasant media attention their separation garnered. 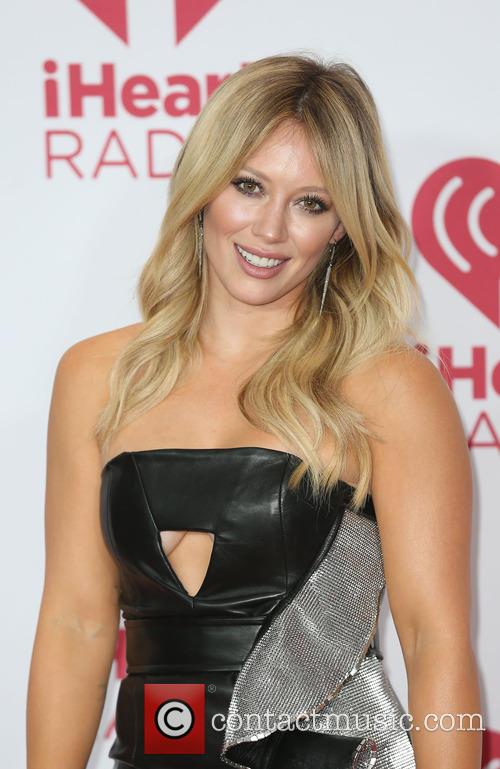 When Duff recently opened up to Elle Canada about how she dealt with her personal life constantly being publicised after she and the former hockey pro announced their marriage had ended, the former 'Lizzie McGuire' star branded the media's interest "insensitive."

"I have a good therapist!" she told the mag. "I've dealt with [attention] for such a long time. But some of the bigger struggles that came my way in the past two years-like my separation or when my parents separated-were the first times I had to deal with people knowing about something personal happening to my family. It just felt so invasive and insensitive. It got really gross, and I think part of you gets a bit desensitized. The best way to handle it is by just owning your shit. I'm human and this is what happened. None of us is perfect."

Duff also spoke about how her only child, 2-year-old son Luca, is beginning to understand that mommy is a celebrity.

"I think he's starting to figure it out, but I don't really know what he thinks yet," she said. "I don't tell him anything about my job, but he knows Mommy's a singer and an actress. We have this book called Goodnight Los Angeles. It's like, 'Goodnight, movie stars and entertainers of Los Angeles!' and it shows people working on a set and having their names in lights. Mike's always telling Luca 'This is where Mommy is!' when I'm at work."

When announcing their separation 10 months ago, a rep for Duff and Comrie released a statement that read: "Hilary Duff and husband Mike Comrie have mutually decided to an amicable separation. They remain best friends and will continue to be in each other's lives. They are dedicated to loving and parenting their amazing son, and ask for privacy at this time."