Pop Star/actress Hilary Duff Has Given Up Looking For Love On Tinder After Her Presence On The Online Dating App Became Public Knowledge. 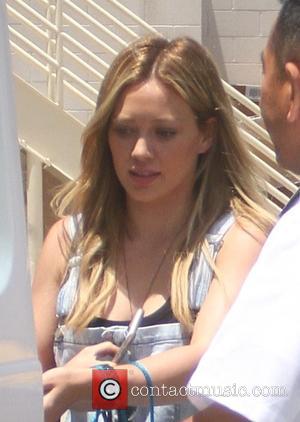 The Cheaper by the Dozen star, who split from her husband MIKE COMRIE, the father of her three-year-old son Luca, last year (14), revealed in March (15) that she was using Tinder to find a new man and had even been on a couple of dates.

However, Duff admits talking about her online search for love was a mistake and she has now given up on the app.

She tells Britain's Daily Star newspaper, "I was only on Tinder for three days before (everyone) found out. My profile is still up but I don't use it any more. I certainly don't think I will find the man of my dreams on it."