The 27 year-old actress' ex-boyfriend from over ten years ago should not get his hopes up about a reconciliation in the near future.

It has been more than a decade since pop star Aaron Carter and Hilary Duff were romantically linked but only a few months ago, out of the blue, the 'That's How I Beat Shaq' singer confessed his love for the actress by tweeting that he'll "spend the rest of my life trying to better myself to get back to" her. 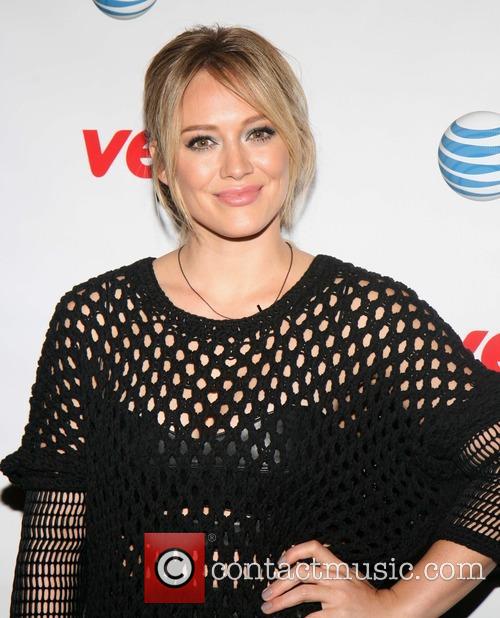 Duff doesn't seem to feel the same way as Carter

Despite the ten year gap since the pair were an item, and the fact that Duff is still married to ex-hockey player Mike Comrie, Carter's lasting affection has garnered quite a lot of attention, and Bravo's 'Watch What Happens Live' host Andy Cohen couldn't resist asking he 'Lizzie McGuire' star about the issue on Wednesday (8th Oct).

Cohen said she did not have to answer, but the 27 year-old actress indulged him and said, "Ugh! I don't know. I don't know what to say about it. It was so many years ago. I literally haven't seen him in. So, it's uncomfortable."

"He's just feeling you on Twitter publicly," Cohen said. Duff replied, "It's nice to be felt."

Duff also spoke about the prospect of having more children as her and Mike, who are currently separated, are already parents to a two year-old son, Luca Cruz Comrie.

More: Hilary Duff Follows Up 'Chasing The Sun' With New Single, 'All About You'