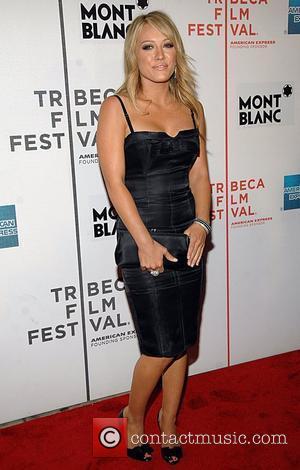 Hilary Duff and Joel Madden have filed an application for a restraining order against two men, alleging they are stalking the teen singer/actress. Duff, 19, and Madden, 26, filed papers in Los Angeles Superior Court on Thursday (12OCT06), claiming a 19-year-old Russian immigrant named MAX, and his roommate, celebrity photographer DAVID JOSEPH KLEIN, 50, have been aggressively stalking the couple since the beginning of September (06). Court documents claim Max and Klein have made repeated attempts to contact the A Cinderella Story actress' manager and have waited outside her mother's house, a Hollywood venue when Madden's band Good Charlotte performed last month (SEP06) and a local Los Angeles market, where the couple often shop. Documents claim Max "admitted to being 'obsessed' with her, has stated his intention of 'removing' his 'enemies' (i.e., those who prevent him from being with her), has stated his intention of purchasing a weapon, and has threatened to kill himself and to engage in dramatic actions to get her attention." The couple also allege Max "has stated his belief that Hilary is in love with him and that Joel Madden stands in their way". Papers claim Max moved from Russia to Los Angeles two years ago (04) for the sole purpose of starting a relationship with Duff. Duff claims the men are causing her "substantial emotional distress" and are asking an LA judge to grant a restraining order for both men to stay 100 feet (30.4 metres) away from the couple at all times. A hearing is set for 15 November (06).