By Andrew Lockwood in Music Reviews on 28 March 2011

To mark the 30th anniversary of the 81' Brixton riots Hiatus has collaborated with the celebrated dub reggae poet Linton Kwesi Johnson for his next single release, 'Insurrection'. In an almost absurdly timed piece of synchronisation Britain seems to have looped full circle on itself to replicate many social, cultural and economic situations. A Conservative lead government as keen to sell off assets as it seems to go to war, the banking and financial sectors disproportionate influence on everyday life and continual unease within some communities where racial tension remains unresolved and potentially volatile. (If you needed any further proof that history really does repeat itself I believe there was also a Royal wedding of some significance, for C&D, read C&W!)

Hiatus himself "has long been fascinated by the events of April 1981" and is well aware of the alarming similarities..."We're facing financial meltdown and mass unemployment, we're having our libraries closed and forests sold, and we're seeing disabled protesters ripped from wheelchairs when they try to sound the alarm on the streets of London. If there was ever a time to reflect on the UK's largest outpouring of community anger in recent centuries, this is it." While some of the developing world has chosen recently to find a voice and vehicle to vent its anger and frustration 'Insurrection' reminds us of a time when our own countrymen were driven to such direct, destructive and decisive action. 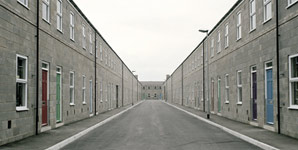 Hiatus, Save Yourself Single Review

Save Yourself is the latest single taken from the album 'Ghost Notes' by Hiatus, a.k.a Cyrus Shahrad. Billed as the of 'Embodiment of Middle Eastern melancholy and cinematic electronica' it is due for its digital only release on 13th December. Having already taken the ear of some prominent DJ's, as well as Si 'Bonobo' Green, whom Hiatus has previously supported, Save Yourself, and the album from which it is released, have had a fair degree of popular feed back.

Hiatus is not one to make light of how is music is formed or dehveloped, or from where his influences and references are derived either. You get the impression that he takes his music very seriously. Written during and about the break down in a long term relationship, Save Yourself, Hiatus tells us, is 'About going through periods of extraordinary darkness and seeking salvation in all the wrong places, before finally realising that the only person who can save you is yourself.' Drawing on samples from his Persian fathers record collection as well as his previous incarnation as a DJ who didn't do melody Cyrus has produced a blend of chilled out electro awash with a mesmeric dreaminess. 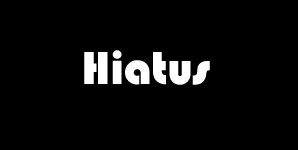